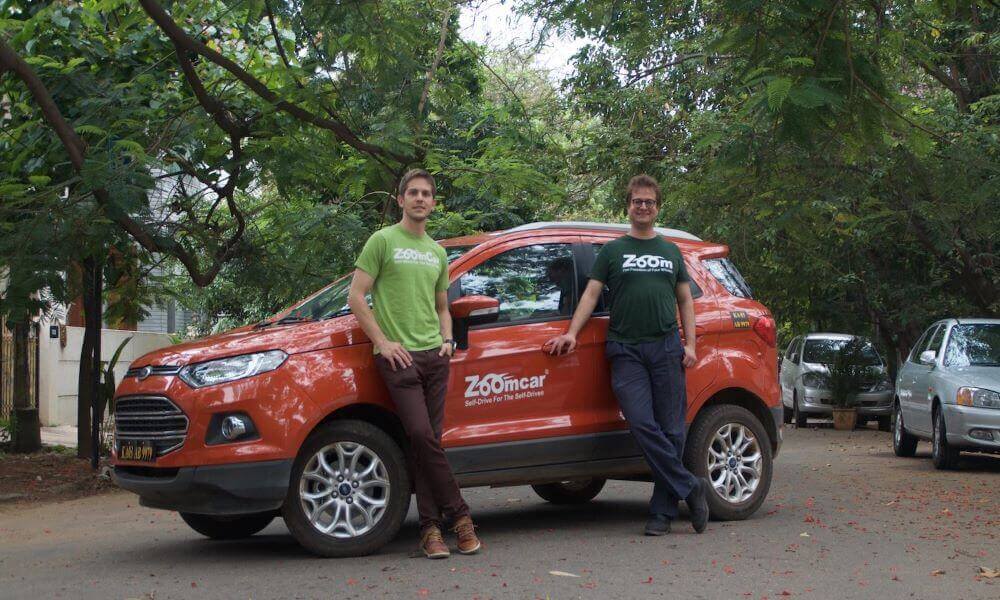 While many go overseas from India to seek new business opportunities, there are two Americans who did the other way round – they quit their jobs in the US to start a venture in India. Eight years later today, their company, Zoomcar, is among the fastest-growing sharing mobility platforms in the country and is currently chasing new investments to chart a course for revival after the pandemic-led slowdown.

Zoomcar – Where did it all start?

Always been passionate about environmental sustainability, Greg Moran, co-founder of Zoomcar, was working in a clean-tech-based investment bank when he came to witness opportunities in the field of environmentally sustainable solutions in India. He and his friend from the University, David Back, have long been thinking about mobility and transportation solutions and studied the market in India for months. From urban transportation, lack of infrastructure to price hike in personal vehicles, India was facing a number of challenges then.

Transforming this into a business opportunity, a self-drive business model struck Greg and David and that led to the foundation of Zoomcar. The idea was not only to ensure environmental sustainability, but also provide convenient self-drive mobility to customers.

By late 2012, the two founders had raised a substantial capital and dropping their jobs in the USA, David and Greg moved to Bangalore, India. Initially, they planned to launch Zoomcar as an hourly rental platform. However today, it not only operates on short-term rental but also on a long-term subscription business model.

With over 10,000 cars in the fleet, Zoomcar is today a leader in India’s self-drive market. The golden age for the company began in 2018 when its revenue reached around Rs 155 crore, which later rose to a whopping Rs 259 crore the following year. That is not to say that it did not face hurdles along the way. Having been introducing a completely new business model, challenges were inevitable – from tying up with an owner of fleet vehicles to acquiring license plates for the fleet of cars.

Investors and/or Partners of Zoomcar

Jeff Bezos and Amazon: The Legacy