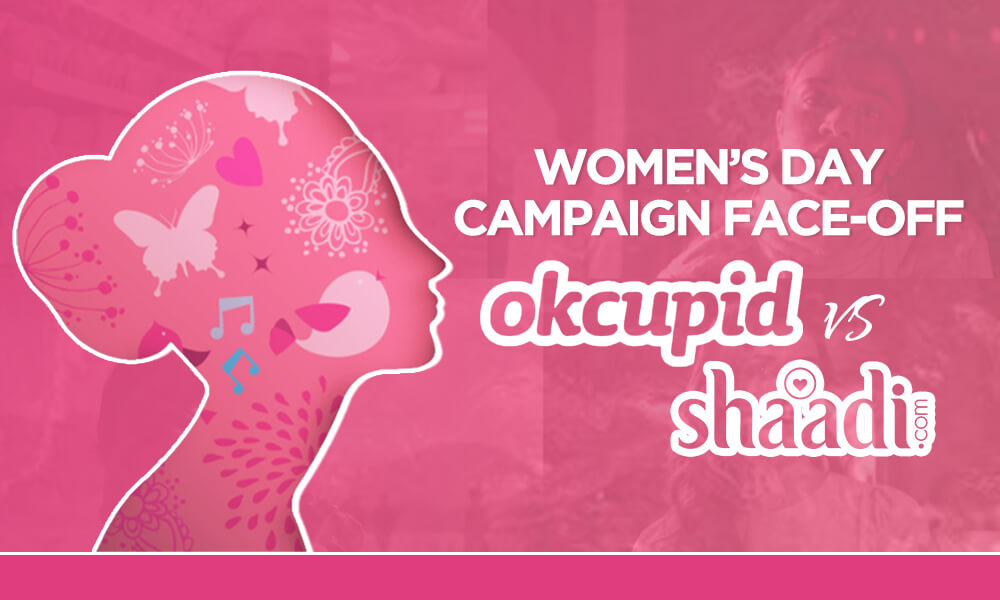 March 8 marked the International Women’s Day and in addition to celebrating our achievements as women, it also serves as a reminder that a lot may have been achieved but we still have a long way to go. From gender discrimination to domestic violence and taboos surrounding women’s health, there is still a lot of things that need to be fixed.

Within the ad industry, the day has always brought about a flurry of activities. Let’s take a look at what OkCupid and Shaadi.com, one of the leading dating apps and a matrimonial site, have come up with, this International Women’s Day.

Surprisingly, even to this day, acquiring education, which is in fact a basic human right, is considered a privilege for women in many parts of India. OkCupid, in its latest Women’s Day campaign, sought to question the idea of ‘permissions’ that women have to constantly seek from the people in their lives – from getting an education to pursuing a career of their choice and being financially independent.

Through a humorous short film, the online dating app reminded women that they need not seek permission for anything from anyone. Featuring Mukti Mohan, the video in fact encouraged women to have a career and move ahead in life and build relationships that are based on equality rather than ‘ijazat’.

Shaadi.com – Take the Pressure off

While OkCupid’s attempt in addressing a key issue surrounding women may have been humorous, the matrimonial site Shaadi.com’s was rather emotional. Featuring a mother-daughter duo Supriya and Shriya Pilgaonkar, the digital film by Shaadi.com urged family members to take the pressure off women when it comes to marriage.

As they turn mid-20s, women are often met with societal and familial pressure regarding marriage. Thus, the match-making site endeavoured to encourage people to be supportive and give space, time and freedom to the women in their lives – friend, cousin, sister, etc, in choosing a life partner.

When it comes to connecting with consumers during occasions, brands leave no stone unturned and therefore, standing apart from the plethora of campaigns is no easy feat. However, this International Women’s Day, OkCupid and Shaadi.com have definitely gained an edge in the ad world.

Holi 2021: Top ads that made a splash on the internet