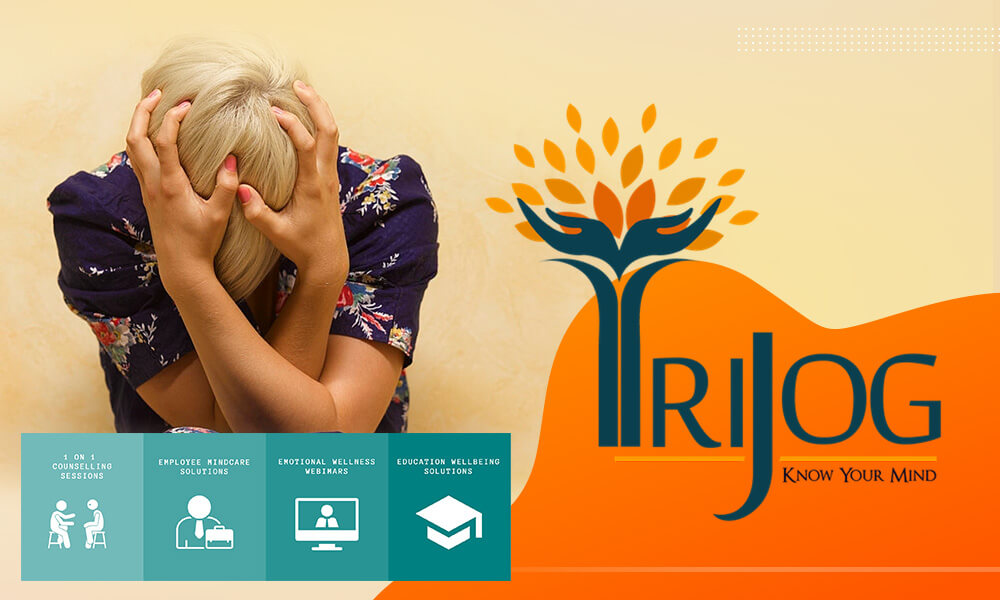 Depression is something that has long been stigmatized in our society and if someone’s pain is not obvious to the eye, it is deemed invalid. It wasn’t until recently that awareness around mental health condition has been increasing and in fact, it is gradually getting normalised. The importance of treating mental health conditions on par with physical health problems is finally being realised.

Experts believe that amid the pandemic, the rate of people suffering from moderate and severe mental health issues have shot up severely. While people are increasingly become aware of it in the recent times, the National Suicide Prevention Week (September 6 to September 12) that we observed recently, was once again a gentle nudge on the shoulder. Thankfully, private players are striving their level best to facilitate good mental health treatment facilities for the patients and help them deal with it.

One such mental health start-up is Trijog, founded by a mother-daughter duo Anureet Sethi and Arushi Sethi in 2015. It started with a four member team and initially, it offered only one-on-one therapy sessions and conducted corporate mental wellness programmes however today, it has expanded to a team of over 52 employees. For a start-up, Trijog’s growth has been tremendous and this can be attributed to the Omni-channel path that it has forayed in as a brand. Four years after its inception, in 2019, Trijog introduced online therapy sessions that helped the company garner around 5000 new users.

The company was also quick in adapting to the inevitable changes brought about by the pandemic and today, it claims to have reached a phase where it can offer both online and offline services. Trijog’s mental health services span across five verticals – one-on-one therapy, online counselling, training institute, education wellbeing and corporate wellness. But the main challenge lies in bringing patients to its doors because many people still overlook mental health in our country and thus, the market is in nascent stage.

Taking its awareness efforts up a notch, the company has been launching campaigns and outreach programmes such as the #StanduptoStigma campaign and its recent pro bono initiative where it offered free phone counselling sessions for 20 minutes per person. Quality assurance is the top priority for Trijog and to ensure the same, it offers online training sessions to its professionals as well.

Trijog’s multifaceted mental health services through an omni-channel approach and its ability to quickly realign with the changing situation have greatly contributed in its expansion. As it resumed its offline operations recently, the company has decided to adopt a complete hybrid revenue model.

Medicines within arm’s reach – the brand story of Netmeds

From luxury housing projects, DLF to shift its focus on mid-income projects

Better learning, better results – A campaign by Toppr to encourage students to shift from coaching to online class

Apple and Google come out as ‘privacy heroes’ once again

The curious case of Amul – How the brand came into existence

#EduTok, an attempt by TikTok to remove its ‘frivolous’ tagline?

Illinois’ financial crisis could bring the state to a halt