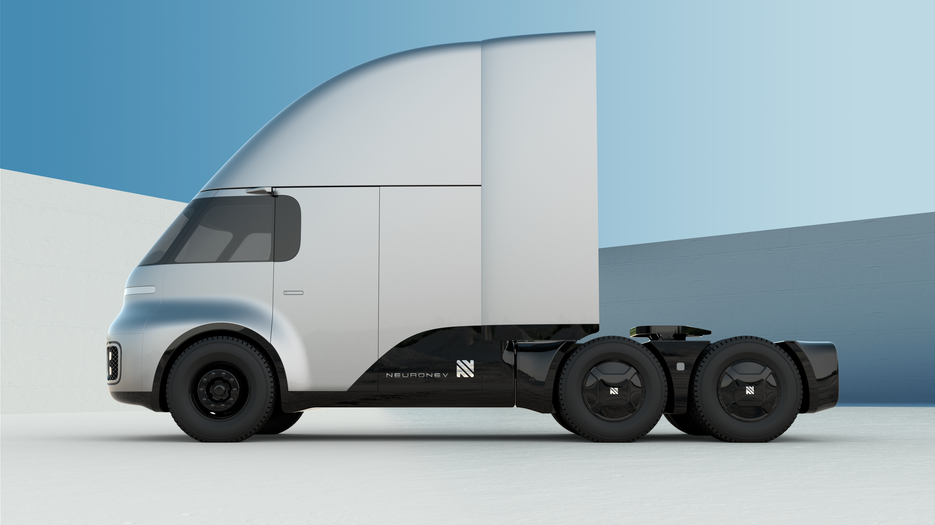 According to a statement by Neuron EV, TORQ was designed with an aim to curb greenhouse gas emissions and to foray into a sector of cleaner commercial transportation. “The Neuron EV TORQ is a monumental leap forward in transitioning semi-trucks into the electric vehicle age,” the statement said.

“Neuron envisions its Renewable Energy Plaza, or REP, as a comprehensive complex where users can get assistance for maintenance and battery exchange services,” the company added.

The manufacturing team claims TORQ to be designed in a way that will function in a way a non-electric semi-truck would but without any detrimental effect on the environment. The battery-electric propulsion system of the vehicle is said to be built in-house.

The body components of TORQ are interchangeable that easily detach and attach, enabling the cargo to expand them as per the needs. It is upgraded with an aerodynamic profile that comes with an integrated sleeper cabin. The TORQ also features a 360-degree position view through a wireless camera so the driver is aware of the vehicle’s positioning and the surroundings at all times.

Neuron EV was founded by Edward Lee and Scott Zheng in 2017 with a vision to enhance the outlook of renewable energy transportation. The LA-based automotive company has introduced several multi-purpose electric vehicle prototype models. Prior to TORQ, the company has launched an electric truck T.ONE which it claims to be the world’s first modular electric utility vehicle. The truck has been designed with a major focus on convenience while keeping environmental sustainability at the forefront.

Related Topics:automobilelaunchNeuron EV
Up Next