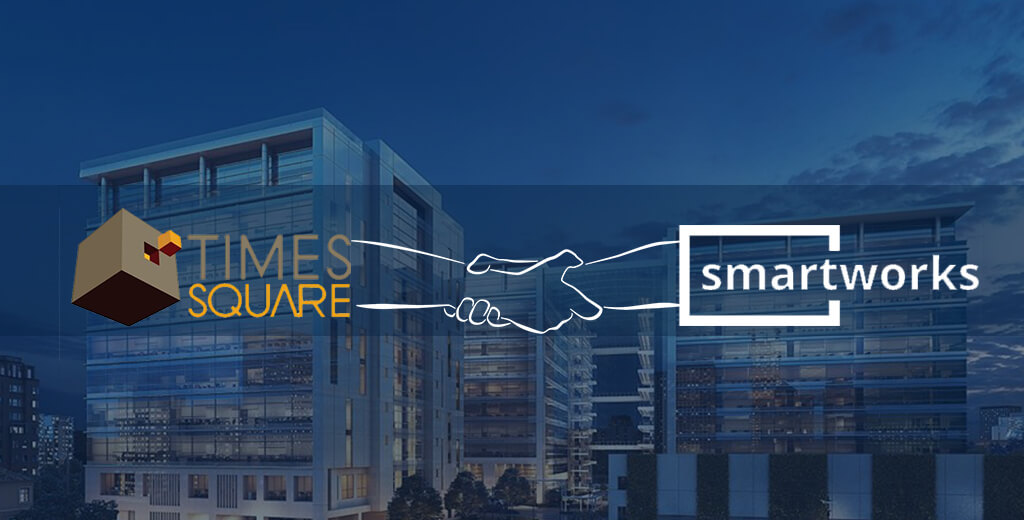 Times Square, a business centre in Andheri East, has inked a new deal with Smartworks, India’s leading provider of co-working spaces. The latter has acquired over 2 lakh sq. ft. office space on lease at Times Square, Tower C. “Our expansion, despite the global pandemic, is a testament to our robust business model. We remain optimistic about the flex spaces long-term growth. This new addition to our portfolio will help us meet the demand from the enterprises in the region,” said Mr Neetish Sarda, founder of Smartworks.

In addition to this, the co-working firm has also taken office space in Pune and Hyderabad as a part of its plan to expand and target large corporates. The new centre at Times Square will most likely be launched in September with around 3000 desks while those in Pune and Hyderabad are scheduled to be launched within this fiscal year. Earlier in October 2019, Smartworks had announced that it has raised about USD 25 million from Singapore’s Keppel Land Ltd in the first round of external funding. Established in 2015, today, the company has co-working centres in prime cities like Delhi, Kolkata, Bengaluru, Hyderabad, Pune and more. It is India’s only co-working space provider to have become profitable within a short span of 3 years.

On the other hand, Times Square is the brainchild of some of the most renowned names in the field of architecture and construction. The presence of many big corporates and MNCs is what makes it one of the most sought-after business destinations in the country.

The office space demand in general has been put on halt ever since lockdown was announced and co-working segment has also been facing a crunch in meeting rental commitments. Nevertheless, deals like this uphold the promising future of the sector. “We remain optimistic with regards to India’s long-term growth story in the commercial real estate space,” said Dhaval Ajmera, Director of Nilkanch Tech Park Construction Pvt Ltd.