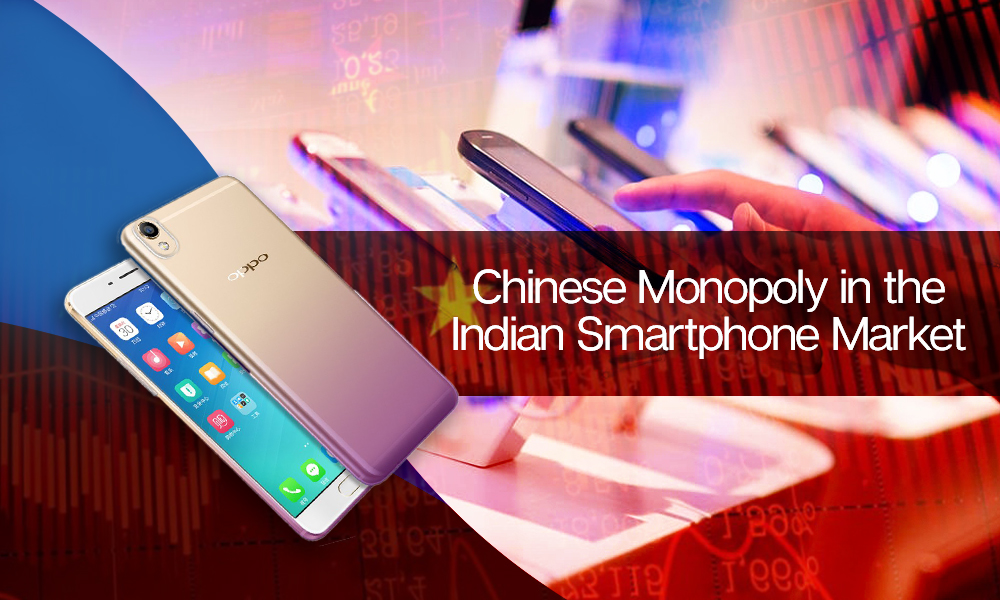 India has emerged as one of the biggest smartphone markets globally, with all major brands vying for a piece of the action. The availability of affordable smartphones has been a major factor in pushing the Indian market to the top of the charts. Along with renowned brands like Apple and Samsung, Chinese companies have a significant presence in the Indian market, which sometimes borderlines on monopoly.

Chinese brands like Xiaomi, Oppo, and Vivo have become household names and it wouldn’t be far-fetched to assume that every other Indian owns a smartphone from either three. The numbers don’t lie either. In fact, they reinforced what is already known – Chinese companies have a stranglehold over the Indian smartphone market.

Xiaomi, Oppo, Vivo, and Realme have a controlling 69 percent in the Indian market. The International Data Corporation’s (IDC) Quarterly Mobile Phone Tracker pegs Xiaomi’s share at 27 percent, which is the highest. Samsung, the only non-Chinese company in the top five spots, has 20 percent. Vivo comes in at third with 18 percent followed by Realme at 13 percent and Vivo rounds of the top five with 11 percent.

In comparison, Indian brands have been struggling to make a mark. Despite rising anti-Chinese sentiments following the deadly clashes at the border, it doesn’t look like Chinese smartphones are going away anytime soon. Truth be told, Indian brands are struggling to find their own niche in the market. Micromax, Intex, Lava, and Karbonn have all recorded dismal performances in the first quarter of 2021. Looking at the current trend, it is nigh impossible for Indian players to challenge their Chinese counterparts on their own turf. Chinese Smartphone in India has killed all regional competition.

After looking at the statistics, there is a burning question that begs me to answer. Why are Chinese smartphones enjoying such a status in the Indian market? A major contributing factor to this phenomenon is the prices. A quick look across the board reveals that Chinese phones come at budget prices. Compared to their rivals, Chinese devices are far more affordable for the common man in India. They come with features that rival high-end devices at far cheaper prices. It is an easy sell!

Experts also point to the mindset of the Indian buyer. The anti-China sentiment that was all the fad for a short while was just all talk and no action according to them. Most users want value for their money. Navkendar Singh, Research Director, IDC India, said, “When it comes to taking out money from your own pocket, consumers are region agnostic. All the anti-China sentiment has died down because (Chinese) brands are able to give value at a low price.”

The marketing techniques employed by the Chinese brands have also contributed to their strong performances. Aggressive marketing along with several tie-ups with Indian celebrities have been a major focus for them. Chinese players have also hitched their wagons to India’s two biggest crazes – cricket and Bollywood and they are raking in all the money. Their ad campaigns involving film personalities and cricketers have been a hit with Indians. Talk about using the system to get rich.

Consumer preferences, bargain prices coupled with features that would give premium phones a run for their money has given Chinese smartphones the upper hand in the Indian market. Given the prevailing market trends, it is a very distinct possibility that Chinese brands will soon enjoy a monopoly in the Indian market.