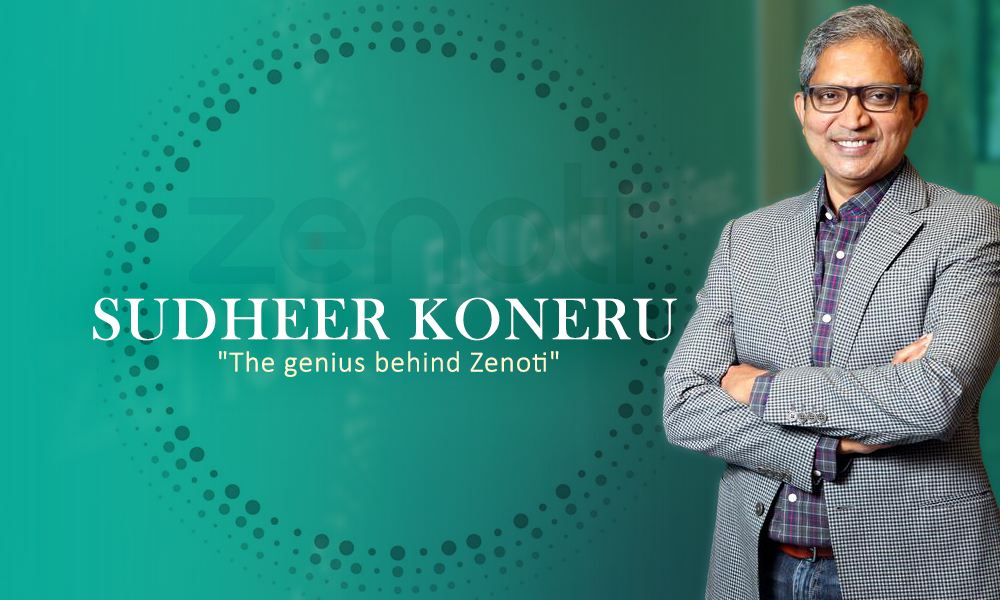 An engineer from India who carved his niche with Zenoti by transforming it into a billion-dollar company, Sudheer Koneru has emerged as a business marvel, who already has a great story to tell. An IIT graduate from Chennai, he began his career with Microsoft and started working with the American Software giant in Seattle for over 8 years.

Back in August 2008, Sudheer was gearing up for the life-changing moment in his exquisite farmhouse located around 35km away from the hustle and bustle of Hyderabad. The 40-year-old was hosting a huge party, the first in four years since his arrival from the United States.

Come December 2020, his brainchild Zenoti raised $160 Million in a Series D round. The company is headed by the private equity firm Advent International. With Koneru at the helm, Zenoti started off as ManageMySpa in 2010 prior to rechristening its name in 2015, becoming the first and foremost global unicorn to evolve out of the salon and spa space. Being a SaaS venture, Zenoti digitizes and manages appointments, payment and inventory management, point-of-sales operations for spas and salons around 50 countries.

Zenoti into a billion-dollar company

Zenoti establishes its presence in the US with new headquarters in Bellevue, WA.

Zenoti acquires Massage Heights, a key account and our first client to go live across 150 outlets.

Zenoti reinforces its thought leadership in the industry with the first user conference – PowerUP.

Our customers continue to grow strongly, as Zenoti hits the milestone of 50 million appointments.

Zenoti reaffirms its commitment to the beauty & wellness industry by establishing The Zenoti Foundation – a charitable trust.

Under Sudheer Koneru, Zenoti is making its mark through innovation and a prolific approach. The secret to Zenoti’s success lies in Koneru’s hawk-eyed vision for B2B business. The entrepreneur prefers shaping his business the old-school way. He likes to be in a safer space and says that he would not like to explore the B2C aspect of the business, such as booking a salon or spa for consumers.

He firmly believes in sustainable and long-lasting business. SaaS may seem to be not-so-glittery like other consumer-facing enterprises that enjoy the attention but it’s a robust business that mints money.