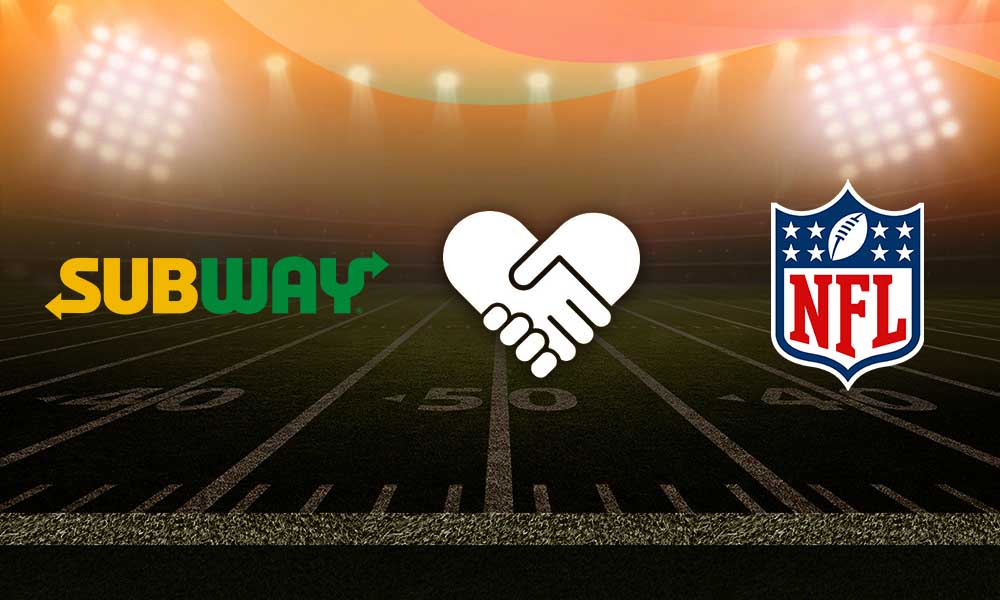 Restaurant franchise Subway has recently inked a sponsorship deal with the National Football League ahead of the latter’s new season beginning on September 10. It will sponsor the NFL in the fast-food service restaurant category which was earlier done by McDonald’s. With the new multi-year deal, Subway will have exclusive marketing rights and activation opportunities at various NFL events. Though the submarine sandwich brand has remained an active ad buyer in the sports sector, it’s marketing over recent years had been more focused on its own menu. Therefore, the new large-scale, league-level deal marks its continued evolution in the fast-food industry. A new ad campaign is expected to debut this fall featuring various football players and Subway promotions.
“We know Subway fans are football fans and our foot-longs have always been the perfect game night food, so we are proud to make the connection official with this multiyear NFL partnership,” said Subway Chief Marketing officer Carrie Walsh.

In addition to this, Subway will also sponsor the NFL Flag kids’ football program and NFL Play 60, the league’s nationwide youth and health and wellness campaign though the financial terms are yet to be disclosed. Earlier in 2017, the restaurant franchise signed a deal with the NFL to sponsor the league’s London games for around three seasons, however, the new league agreement does not include international rights.
Other than National Football League, Subway has been sponsoring several teams as well as athletes and sports events. The world’s largest sandwich chain in terms of location, through its sports marketing and strategic partnerships, continues to expand across the globe. Among its key brand partners in the sports category include Liverpool and soccer legend Pele.

Related Topics:international brand
Up Next