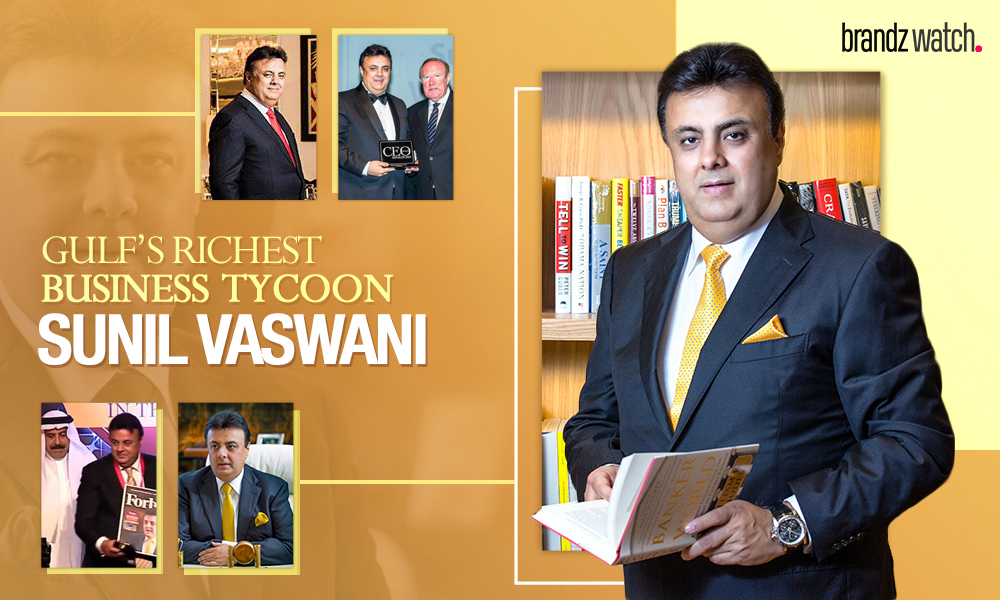 Sunil Vaswani, a Dubai-based tycoon is one of the most influential businessmen, whose dedication and hard work positioned him as the Gulf’s richest Indian. He took over his father’s trading business as the CEO of the company at an age of 21 and started with a gradual increase in shiploads of volume-based commodities like wheat, rice, sugar, and food products. Today, he is the Managing Director of Dubai headquartered, at $3.72 billion, Stallion Group (named after his favorite animal) that has its stable presence in Africa, Europe, the Middle East, and Asia – a total span of 18 countries. He once said, “When the world thought Africa was a risky place for business, I saw the opportunity, and backed my efforts with full commitment and perseverance”, thus forming the largest economy in Nigeria.

The company has the largest cold storage facility along with a complete power backup in Nigeria. Additionally, it is the only distributor for global automakers like Volkswagen, Porsche, Nissan, and Audi in Nigeria and parts of sub-Saharan Africa. As per a statement by the Nigerian government, the top two conglomerates, Stallion Group and Sugar and Cement operation, jointly contributed well to the economic development of the country.

The Stallion Empowerment, a philanthropic initiative by the group, worked in coordination with all the stakeholders and government agencies during the pandemic to provide free rice and fish facility for three months to all the 25 Covid-19 care specialized hospitals across 15 states in Nigeria. It also supplied rice to the Presidential scheme and Red Cross for the displaced people.

Vaswani’s growth mantra says ‘nothing is impossible.’ The strong belief to focus on growth and not be disheartened by rejections, skyrocketed Stallion Group from a small trading company to Africa’s one of the biggest conglomerates. With a future plan of $9 billion investment in the next five years, Sunil Vaswani aims to expand his operations in agriculture, steel, automobile assembly, mining, and power along with setting up new manufacturing plants for urea, methanol, petrochemicals, and ammonia.

Related Topics:Sunil Vaswani
Up Next