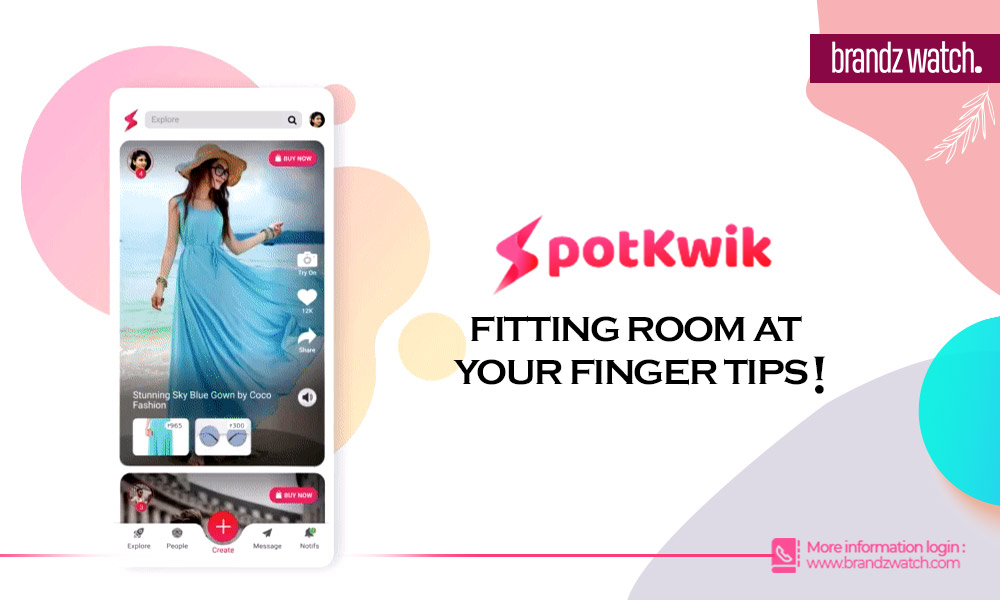 How many times has it happened to you that you ordered an outfit for yourself online and ended up getting disappointed because the size did not fit or it didn’t turn out to be what has been shown in the picture? Online stores and e-commerce platforms sure have come as a boon because not everyone has the time to go to stores in-person every time he/she wants to shop. However, many a time, we end up being let down.

Thus, defying the shopping status quo, SpotKwik, through augmented reality, has been offering an enhanced shopping experience to its consumers. Not only has it brought the ‘trial room experience’ at home, it also enables the customers to receive opinions from their family and friends on their favourite products.

The idea behind launching SpotKwik came from Mithun’s personal experience. Despite having a whopping four or five-star ratings and lots of positive reviews, many online stores turn out to be dissatisfactory and this is exactly what happened to one of his friends. Even though this may seem like an insignificant issue for some, Mithun, on the other hand, turned this problem into a business idea. Through a series of research, ideation and experimentation, he, in collaboration with Anusha, finally came up with SpotKwik to help consumers tackle the challenges that they face with online shopping platforms.

From overcoming challenges to hitting its first milestone

Like any other business, SpotKwik’s journey wasn’t without obstacles. However, for Mithun and Anusha, the biggest challenge was finding the right team because of lack of capital to fund one but eventually, they were able to build a team of seven people. Backed by the team of seven who were driven by the idea behind the company and its vision, the duo was able to take SpotKwik to the market.

Owing to its innovative business model that is aimed at bridging the gap consumers face while shopping online, Bengaluru-based SpotKwik has been able to garner investments amounting to around $35,000 from Silicon Valley-based MARL 5G Accelerator in a pre-seed round. The latter is a pre-seed fund that invests in start-ups developing deep-tech-based products and services.

With the fund that it has raised, SpotKwik is looking to boosting its product development and technological research all the while focusing on increasing its user base. Furthermore, the company has also joined hands with some of the top e-commerce platforms in India as well as several vendors across Bangalore.

SpotKwik’s growth and its next milestone

Just few days after its launch in the month of January, 2020, SpotKwik gained around 500 users and since then, there has been no looking back. It got incubated at NASSCOM 10000 Start-ups and has been enlisted in TimeNext‘s ‘Super 30 Startups 2020’. Recently, the company was also recognised as one of the ‘Top 10 E-commerce Start-ups in India’ by VCBay.

Today, SpotKwik boasts of over 10,000 users with more than 3000 influencer recommendations. Moreover, its AR (Augmented Reality) Beta Program, that enables users to get early access to the shopping app, has 1000+ sign-ups. However, the company aims to gain about 3.5 lakh active users on its platform in the next two years.

Through a revenue-share-per-transaction business model, SpotKwik envisions to amalgamate technology with art and human instincts and enable people to make the right shopping decision.