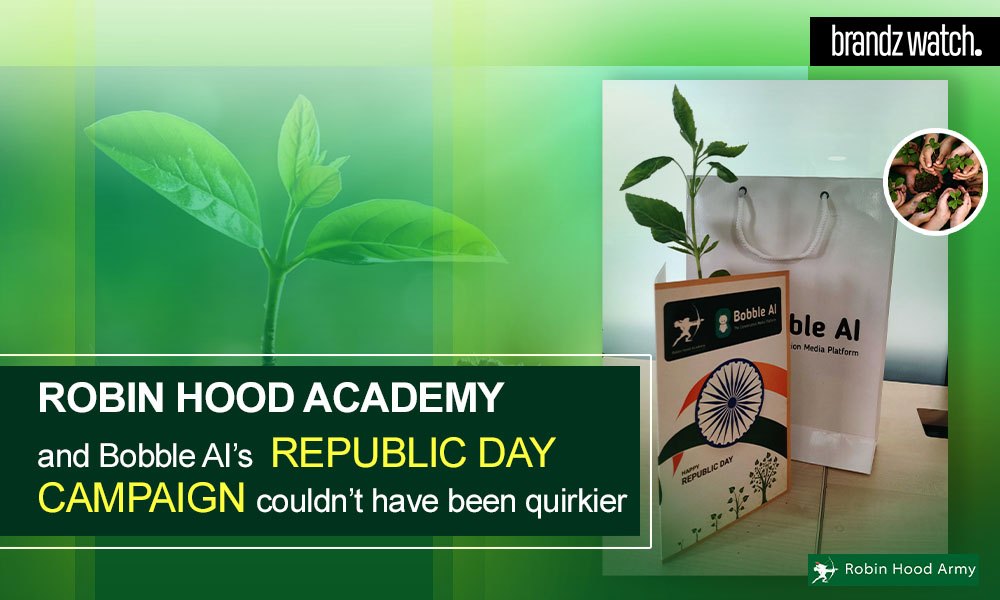 With the Republic Day just around the corner, brands have been gearing up for new campaign ideas and some have already rolled out a few. Bobble AI and Robin Hood Academy are two such organisations whose campaign has come in the limelight. The two have launched a unique campaign called #Treesfor2050 the main idea of which is focused on instilling people with a sense of responsibility towards the environment through conversational stickers.

Augmenting Robin Hood Academy’s aim of planting around 200,000 trees across the nation and creating awareness about the consequences of cutting down trees and planting one, Bobble AI has created a special sticker pack for the campaign. It will then plant the same number of trees as the total number of #Treesfor2050 stickers that will be shared through the Indic keyboard by users.

“We have created a special #Treesfor2050 sticker pack for this Republic Day which is easily accessible on Bobble Indic Keyboard. These stickers would help us spread the message in two unique ways: first, with every tap, the users will become more mindful of the need to go green and second, for every share, we will plant a tree on their behalf,” said Ankit Prasad, Founder and CEO, Bobble AI. The receivers of the stickers are expected to plant saplings in their homes and spread the word for a green India by sharing them with others.

Similarly, Ambuj Ahuja of Robin Hood Academy urged the users of Bobble AI to share as many #Treesfor2050 stickers as possible so that the organisation can spread the word about its initiative and enable the plantation of more trees.

Robin Hood Academy is an education initiative of Robin Hood Army and has been empowering over 7330 destitute children and those living in the streets with basic primary education. So far, it has enrolled almost 1800 kids in various schools and also aims to enable them to plant trees across several nations. On the other hand, Bobble AI is a conversation media platform that offers smartphone keyboard solutions and is also known for its quirky content including Stickers, GIFs and Emojis.