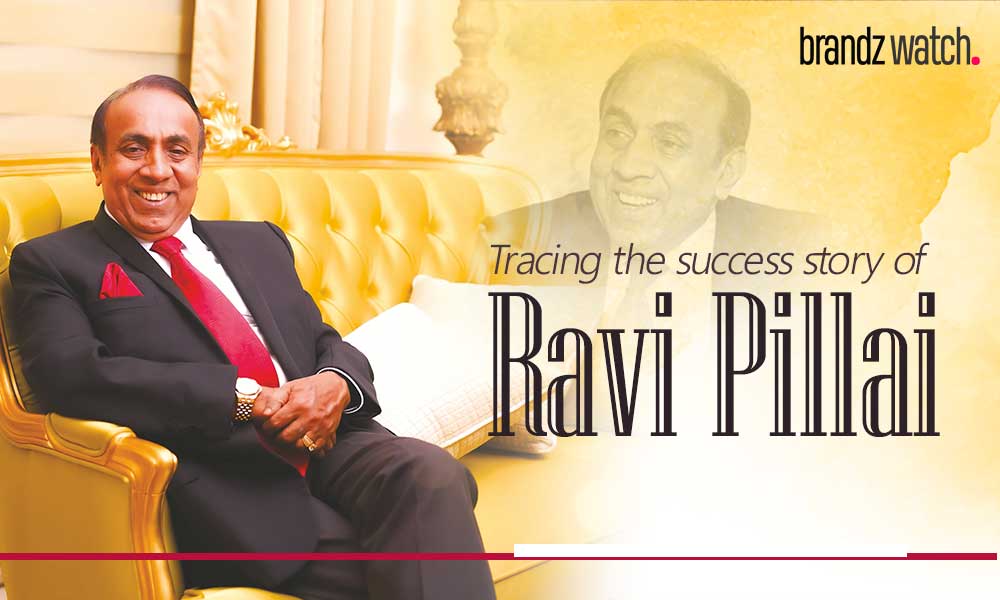 Hailing from a farming family in Kerala, Ravi Pillai is today a construction tycoon with a net worth of around $2.5 billion

The story of Ravi Pillai and how he established the multi-billion dollar-worth business empire are something that is worth listening to especially by aspiring entrepreneurs. Leaving his hometown Kerala in search of riches in the late 1970s, he has positioned himself to be one of the richest business magnates not only in India but across the world today. From starting a chit fund on borrowed money and then foraying into an engineering contract business in Kerala to moving to Saudi Arabia to try his luck in business there, his is no less than a rags-to-riches story. Today he is the founder, Chairman, and Managing Director of Middle East-based RP Group of Companies.

B Ravi Pillai, founder, and managing director at RP Group of Companies is ranked 1249th with a net worth $2.5 billion (18.500 crores). Forbes lists the company of the construction magnate as one of the largest employers in the Middle East.

Ravi Pillai is a man of deeds and not just words. The magnate showed exactly what he meant when he said that having a kind heart was very important to him. As India reeled under the adverse effects of the second wave of the coronavirus, Mr. Pillai got to work. The RP Foundation, an organization he established to oversee philanthropic activities, came up with Rs 15 crore to be used for COVID relief operations. Later increased to Rs. 17 Cr.

Out of the total amount, Rs 5 crore has been earmarked exclusively for the Malayali expatriate community. Pillai knows the deep connection between the Gulf and the Malayali community and the hardships faced by them during the pandemic. The amount will be handed over to Kerala Chief Minister Pinarayi Vijayan for distribution through NORKA Roots.

The remaining Rs 10 crores will be used by the RP Foundation to provide financial assistance to economically disadvantaged families. Individuals struggling to meet medical expenses as well as widows will also benefit from this initiative. Families unable to meet the marriage expenses of their daughters will also receive aid from the RP Foundation.

Apart from financial aid, Ravi Pillai through his RP Foundation has also partnered with the Kerala state government to tackle the COVID situation. A 250-bed COVID treatment facility was set up at Sankaramangalam School in Chavara. Additionally, the RP foundation paid the fares for many families stranded in various countries.

There are individuals who do it for the fame or the positive light it shows them under but not Ravi Pillai. Kindness and empathy are his watchwords and he has shown the world that deeds need to back up words.

For someone who has never been abroad and adds to it the fact that he didn’t know anyone there, it wasn’t easy for Pillai to start out. During his first two years in Saudi Arabia, he worked in partnership with a businessman Abdullah Juan. 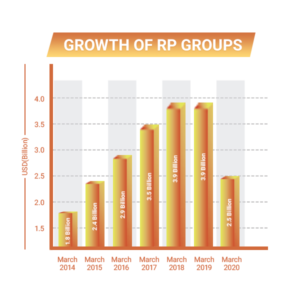 Soon afterward, joined hands with Nasser Al-Hajri. Nasser Al-Hajri Corporation is today one of the largest general construction contractors in the Middle East. With over 50 percent partnership in the company, Pillai later formed RP Group of companies.

The venture started with merely120 employees. At a time when Indian companies would hardly get noteworthy projects in the Middle East, it was Pillai’s determination and hard work that garnered RP group several infrastructures and defense-related construction projects. Among his early wins include construction projects for the Royal Air Terminal at Riyadh Airport.

That was a time when the oil price was down but when industrialization hit the Kingdom of Saudi Arabia and the price of oil shot up, Pillai grabbed the opportunity to get into industrial contracting including petrochemical projects. Being a firm believer in diversification, his vision for business growth transcends sectors.

Despite the tremendous success, there is no stopping Pillai. Over the past three decades, he has been making lucrative investments in Kerala, his home state, some of which include Upasana nursing school, Raviz Hotel & Resorts, K Mall in Kollam, and RP Mall in Kozhikode. In 2011, he also purchased Leela’s Group’s Kovalam beach property in Kerala.

Apart from his business, Ravi Pillai has always remained ahead in philanthropy. RP Group allocates around 30 percent of its profit for CSR activities including staff welfare.

Ravi Pillai is not in any way, the typical rich businessman. For him, more than profits, his first priority is his employees the number of which stands at around 120,000.  “Money is not everything, most important is to have a kind heart,” he says. He credits the tremendous growth of RP Group of Companies to his people’s trust and commitment.

Pillai has been quick in transforming any challenge into an opportunity. His current lines of projects span the hotel, medical tourism, health and wellness, and education.

List of awards and honors received by Ravi Pillai

Businessman Ravi Pillai accorded a COVID-19 financial aid program to disburse financial assistance to those affected by the pandemic. Due to the heavy influx of requests for financial relief, the fund was increased from Rs 15 Cr to Rs 17 Cr. Pinarayi Vijayan, Chief Minister of Kerala inaugurated the Ravi Pillai Foundation’s financial assistance program on Tuesday at the Secretariat in Thiruvananthapuram. Eight beneficiaries were allocated the assistance, out of which 2 were selected by the Norka-Roots – Archana Madhusoodan and Aryan Mohan and the other six- M J Jose, Rasiyia P, Sumi, Syed Kunju, and Anil, were selected by the RP Foundation.

The aforesaid aid will be disbursed to the widows and children who lost their parents to this pandemic or those whose family income had dried up. The program will also cover the expenses of the marriage of underprivileged women. Approximately 40,000 people will be the beneficiaries of this project. “We are expecting to disburse the funds to 15,000 people this month itself. Distribution to the rest of the selected applicants will be done through Dhanlaxmi Bank and it might be over by October,” said Ravi Pillai.