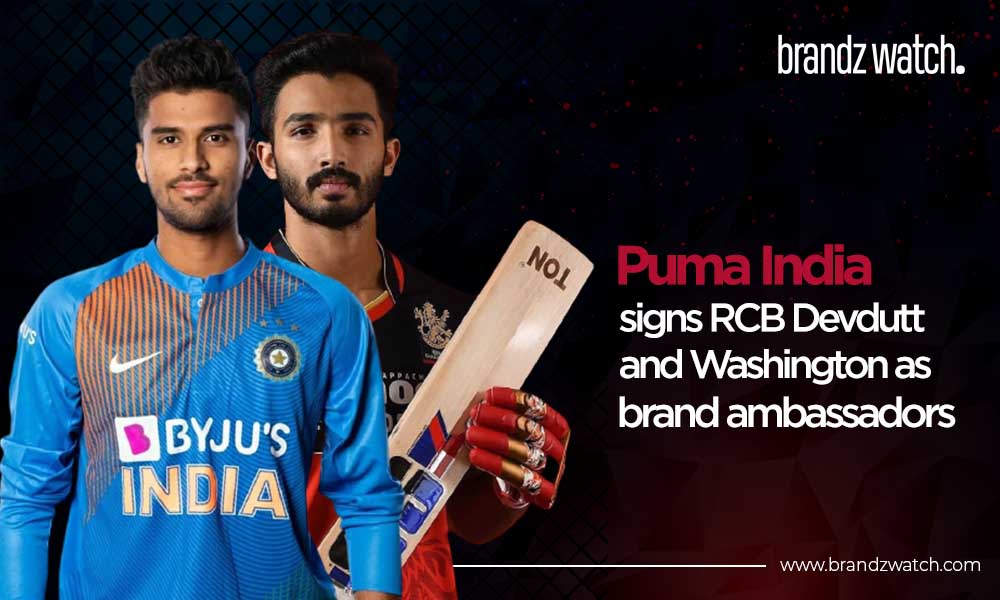 The Global sportswear brand Puma has signed Bangalore cricketers Devdutt Padikkal and Washington Sundar of Royal Challengers into a partnership for the long haul.

The young duo of RCB players has been out-doing itself in the major Indian cricket tournaments and is best suited to keep up Puma’s Forever Faster spirit.

“Feels great to be associated with a brand like PUMA which has some of the world’s greatest athletes in their roaster. Watching Skipper Virat Kohli and KL Rahul closely has given me a deeper insight into the brand. PUMA adds a lot of credibility to an athletes’ journey and I’m excited to work with the brand in India,” said Washington Sundar on being asked about the association with the brand.

Devdutt Padikkal further commented, “I’m extremely excited to sign with Puma. The brand is associated with the best athletes around the world, and I’m honored to be a part of that legacy. A partnership with a global sports brand like PUMA is really a big motivation for young athletes like me. I’m looking forward to a long-term association with the brand.”

The Managing Director of Puma India and Southeast Asia, Abhishek Ganguly added that the brand is keen on promoting the young cricketing talent of India. Puma will always vouch for young talents like Sundar and Padikkal, also at the grassroots to give back to the sporting ecosystem of India. According to him, both Devdutt and Washington have shown staggering courage and vigor on the field which led to their hell-for-leather success as athletes.

Washington’s versatile performance in Australia helped secure a monumental win in test series and Padikkal in his debut IPL season delivered a stellar performance for Royal Challengers Bangalore and emerged as ‘the find of the season.’

Though RCB has not yet been awarded an IPL title, the team launched off with three straight wins at the season in progress.