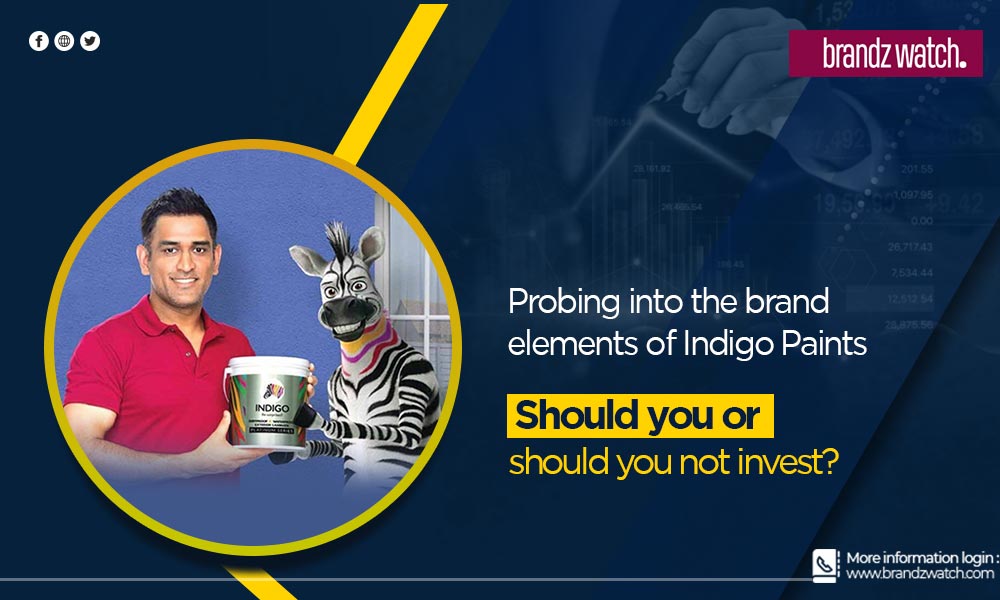 Having started out almost two decades back, Indigo Paints is today one of the prominent names in the Indian paint industry. Initially, it manufactured only lower-end Cement paints however, it expanded its offerings gradually and fast forward to today, it covers almost all segments of water-based paints such as Exterior Emulsions, Interior Emulsions, Primers, etc. It has a wide distribution network across 27 states and seven UTs.

It isn’t until recently that Indigo Paints clubbed all its sub-brands under one umbrella ‘Indigo’. In line with its philosophies i.e developing products that are innovative while keeping the spirit of wonderment intact, the brand even tweaked its logos accordingly.

With January 20 approaching, the company is all set to open its IPO (initial public offer). With this, it will be the second public issue to open for subscription in the year 2021, the first being the Indian Railway Finance Corporation IPO.

Let’s take a look at the key brand elements of Indigo Paints and how it has been faring so far.

Financially, Indigo Paints has been performing well with its revenue growing at a CAGR of around 42 per cent between FY10 and FY19. Surprisingly, it recorded a revenue growth of almost 16 per cent even in FY20 when the operations of most businesses have been halted due to the pandemic. The long term debt that Indigo Paints has been tackling is now under control, making it a financially strong company. After the IPO, it would be a debt-free company.

What is commendable about the company is its initiatives in brand building and strengthening brand equity. For instance, it adopted a bottom-up approach while foraying into new markets considering how the consumers in metro cities are relatively more brand conscious. Similarly, by following one-brand strategy unlike other big brands, it has been seeking to keep its communication clear with its customers. Owing to these efforts, Indigo Paints has been able to outshine its peers such as Asian Paints and Berger Paints in terms of revenue growth.

While its brand recognition, brand-building initiatives and the fact that it has been catering to diverse markets are some of Indigo Paints’ strengths as a brand, during the course of analysis, brandzwatch has noted some weaknesses as well.

Finance has been a long-standing issue for the paint company and in addition to this, it invests a hefty sum of money in marketing that can put a financial strain for a long run. However, the IPO will hopefully put everything in place and furthermore, the fact that it will continue to be backed by Sequoia Capital is indeed a good news for Indigo Paints.