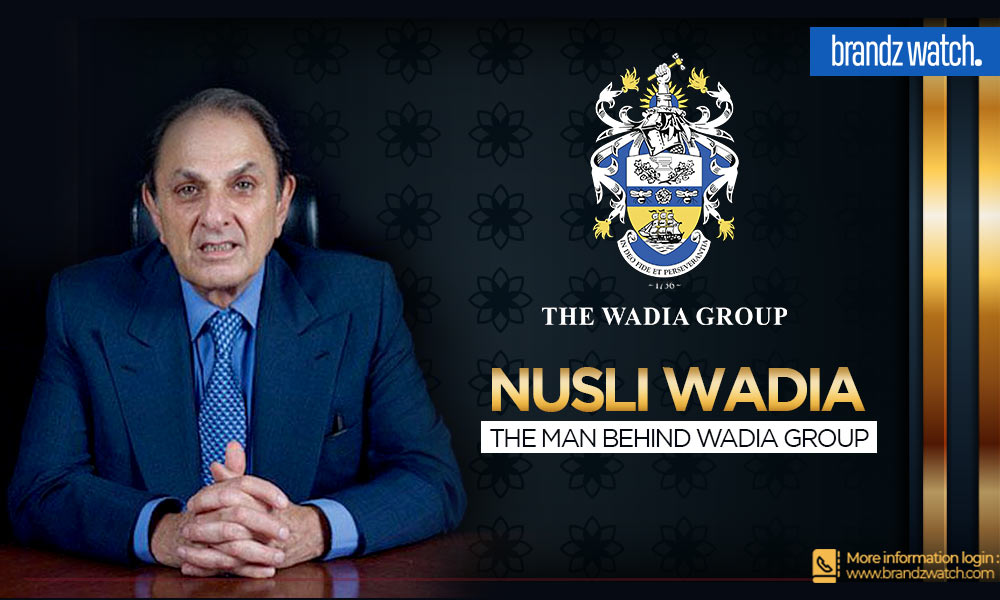 Did you know that Bombay Dyeing, GoAir, Britannia, and Bombay Burmah Trading are owned by Wadia Group? Nusli Wadia’s business acumen, leadership, and legal expertise have built an empire that continues to flourish to date.

In 1971, Nusli opposed Neville Wadia when he wanted to sell Bombay Dyeing to the Goenkas from Kolkata. In order to hijack the deal, he convinced the employees to buy company shares and keep them afloat. This move retained the textile giant and Nusli Wadia went on to show his business knowledge through its improved value. As a result, he succeeded his father as the Chairman of Bombay Dyeing.

It should come as no surprise that a boy born during the tumultuous times of the late-1940s should remain a fearless fighter. Nusli Wadia was born into the prominent Wadia family on February 15, 1944. His father, Neville Wadia, was a businessman and philanthropist, and his mother, Dina Wadia, the only daughter of Muhammed Ali Jinnah. Yes! You read that right – Jinnah, the father of Pakistan.

The whole affair could be considered as being out of the ordinary but stranger things have occurred. Nusli Wadia grew up to be a tenacious young man, his appetite for a fight perhaps stemming from his maternal grandfather who founded a nation. The young lad would soon reveal his fangs during the famous, or infamous, Bombay Dyeing incident.

His father, Neville Wadia, decided in 1971 to sell Bombay Dyeing, the family’s heirloom, to a Kolkata-based industrialist and leave for foreign shores. Nusli Wadia vehemently protested against the sale, declaring that he was going to live in India and he would run Bombay Dyeing. The young lion then set out to overturn his father’s decision and acquired an 11 percent stake in the company. He then went on and persuaded the employees to pool their savings together and acquire stakes in the company, thereby preventing its sale. Nusli’s plan worked and the deal was abandoned.

Bombay Dyeing remained with the Wadia’s and has grown to become one of India’s largest textile producers. Since then, Nusli Wadia has grown from strength to strength, cementing the Wadia legacy in history books.

In 1996, renowned businessman Rajan Pillai (also a friend of Nusli Wadia) was in partnership with Danone Group for Britannia. However, when Danone accused Pillai of cheating, he approached the Group to replace Pillai with Wadia Group. Overworking his legal team, Wadia finally managed to get a controlling stake in Britannia. In 2009, Wadia Group totally acquired Britannia by purchasing Danone’s share.

Nusli Wadia considers JRD Tata as his business guru. However, in the recent Mistry-Tata fallout, he supported the former. As a result, Wadia was removed as a director from Tata Motors. However, Nusli Wadia filed a defamation suit against Tata, which was withdrawn after a statement from Ratan Tata clarifying good intentions. The Indian-Parsi businessman knows when to call a spade a spade.

Nusli Wadia has two sons: Ness and Jehangir (Jeh). While the former looks after the Kings XI Punjab IPL team, Jeh Wadia introduced Wadia Group in aviation. He started GoAir in 2005 when the market had Air India, Air Asia, SpiceJet, Kingfisher, and other leading players. Yet, joint management between Nusli and Jeh Wadia managed to make a name for GoAir via economical prices, efficient operations, and strategic expansion. The airline serves over 10 countries with 55 Airbus A320 aircraft.

Want to know more? Let us know in the comments.

Related Topics:BusinessmanLeadershipNusli wadia
Up Next

Turning an obsession into a business idea, here’s how Eric Yuan drove the success of Zoom