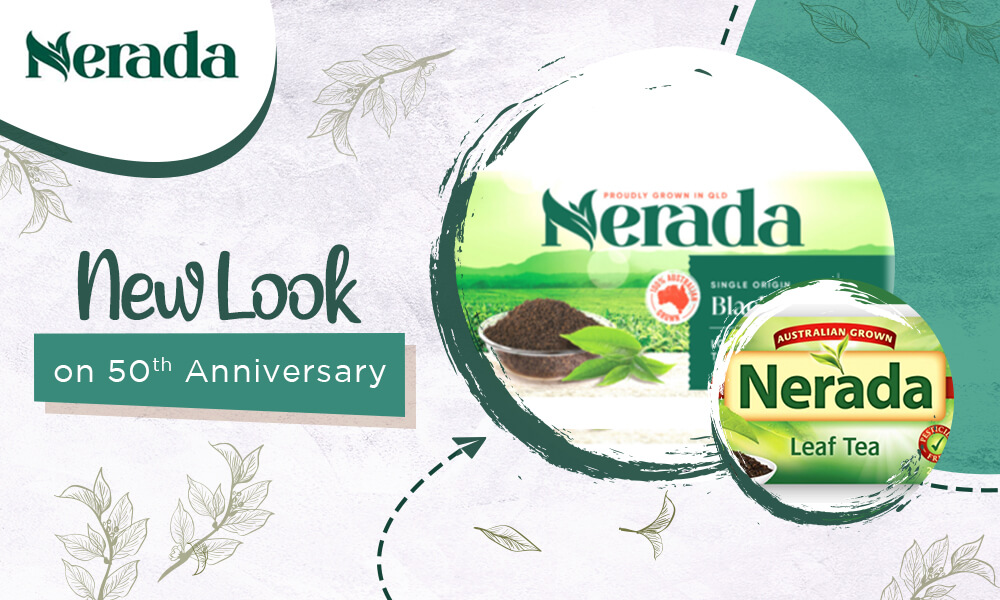 Brenden Minehan, National Sales Manager Nerada said that the 50-year juncture was an apt trigger to remodel the visual identity of the brand and its packaging.

Formerly, Nerada highlighted its ‘Australian-made’ entitlement with the use of indigenous koala & green, yellow colors. Whereas the new look takes pride in the 360-hectre plantation in the Atherton Tablelands in North Queensland.

The black tea by Nerada is grown in-house at the company’s own plantation. Back in 2018, the company became the first Australian agricultural entity to receive- Rainforest Alliance Certification for pesticide-free black tea. Nerada’s organic range is also blended and packed onsite.

Hulsbosch, a brand design agency, has redesigned the Nerada logo to better depict the top 2 leaves and bud that go into the making of this tea. The brand-new packaging will hit the markets across Woolworths, Coles & independent supermarkets from July.

Minehan claims that Nerada’s tea is hundred percent Australian grown, unlike the majority of tea on the shelves of supermarket. The new packaging is an attempt to better communicate the source & quality of the tea & reveal their single origin estate in Queensland.

This is in addition to the omnichannel marketing campaign through outdoor smartlites, print and online mediums. Also digital interactions on owned channels will help spread awareness of the processes and people behind the brand. The focus of the campaign lies in the Australian-based theme & to let the consumers know where their tea is grown.

Minehan believes 50 years deserve a celebration for any brand. The story of Nerada’s Australian grown tea is one of innovation and perseverance. The company represents eighty five percent of the tea grown in Australia. It produces six million killos of fresh tea leaves, churning out 1.5 million killos of black tea and around 750 million cups of tea annually.

Shout-out to Saransh Golia: The launch of a global butter chicken brand