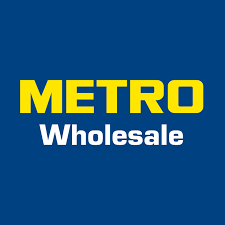 Bengaluru’s Yeshwanthpur. It was a perplexing, but valid, query. “Why should kiranas come to buy from you when we have such a strong distribution network?” said the CEO of one of India’s leading FMCG businesses to his Metro Cash & Carry India counterpart. “We efficiently service these people (kirana owners).” “Aren’t they?” he said, smirking and looking around.

The interaction took place in early 2019 while the FMCG CEO was visiting the Metro Cash & Carry India flagship store in Yeshwanthpur, Bengaluru, which is the local affiliate of German wholesale retailer Metro AG.

Arvind Mediratta, who had been subjected to the probing questions, grinned. Metro Cash & Carry India’s managing director and chief executive officer pointed to one of the kirana proprietors who had overloaded his shopping cart. “He doesn’t have to worry about large orders.” He continued, “The things will be delivered within 24 hours.”

Manoj Narang was up against some tough questions a year later in Shahdara, Delhi. “Why don’t you stock some frozen snacks and ready-to-cook items, Narang sahab?” the store manager nicely suggested to the 50-year-old kirana owner, who had his shop in Delshad Garden, around 15 minutes from Metro’s first Delhi station, which opened in 2012. The manager spoke with the second-generation entrepreneur for about thirty minutes, determining his pain spots and revenue bottlenecks.

Let’s go to Zirakpur, which is around 40 minutes from Chandigarh. Manohar Chaddha was having trouble coming up with the correct responses. “If you’re selling baby diapers, why aren’t you offering milk powder and other infant care products?” inquired one of the Metro store’s customer service representatives. The CEO sought to persuade kirana owner Chaddha to give his decade-old business a much-needed makeover during his daily visit to the mom-and-pop stores to receive orders.

Obviously, the motivation was financial. Chaddha’s 400-square-foot business would have cost roughly Rs 2.5 lakh to remodel and modernize into a’smart kirana.’ “Don’t worry,” the on-the-ground executive said, “we will return your investment with a bonus on your monthly Metro purchase.” He was one of 1,000 salesmen swarming around the nation to meet, understand, and accept orders from kiranas of all shapes and sizes.

Meanwhile, Priyam Sheth is hunting for answers that have escaped him for years at a shop in Tumkur, Karnataka, Metro’s first foray into a small town with a population of 3.5 lakh since its debut in India in 2003. Sheth’s kirana store in Tumkur, some 70 kilometers from Bengaluru, has long struggled with surplus inventory ‘dumped’ by FMCG executives of major and small companies. “I was never given an option. He lamented, “I never had the space to stock anything.” The response took the form of a question. “However, why do you require so much inventory?” said the boss of the Metro store in Tumkur, which opened in 2020. “You may download the app and get it on a daily or weekly basis,” he says.

The effects have been remarkable for the 35-year-old merchant. Sheth claims that stock management has improved. “There is significant time and cost savings, as well as speedier fulfillment and doorstep delivery,” he says. The advantages are, in reality, reciprocal. Metro, which generally has stores that are 50,000-70,000 square feet, is now expanding into smaller communities with stores that are 35,000 square feet. It launched one in Guntur, Andhra Pradesh, last year, about a five-and-a-half-hour drive from Hyderabad. It now intends to travel to Hubli, Karnataka, roughly 412 kilometers from Bengaluru, as well as other smaller towns.

Metro’s minor role has a significant influence. The wholesale B2B retailer has been aggressively reaching out to thousands of kiranas across the country to deepen and widen its omni-channel play—app, feet-on-street, and store footfall—in the country, from digitising, remodelling, and modernising them to assisting them with efficient inventory utilisation, planogram, data analytics, easy credit, and targeted promotions.

In fact, as the sole profitable company in its category, Metro has gone to great lengths to beef up and speed up its kirana juggernaut, which began in 2018 with the launch of the’smart kirana’ program. “For kiranas, we’re the McKinseys and the Bains,” says Mediratta, who joined Metro in February 2016. He emphasizes that Metro is assisting kiranas in digitalizing, remodeling, and modernizing their operations. “Our mission is to encourage small, independent businesses,” he says.

Surprisingly, kirana awakening came late for Metro Cash & Carry, which arrived in India in 2003. The reasons are not difficult to come by. Mediratta clarifies. “We were working on many areas when I joined the firm,” he says. It was unclear what Metro stood for for a corporation with three main consumer buckets—traders, HORECA (hotels, restaurants, and cafés), and companies and offices. Mediratta was able to focus on kiranas who are striving to stay relevant against the assault of contemporary retail and e-commerce giants once the global mission statement was clear—championing the cause of tiny independent enterprises. “Kiranas are the most profitable and appealing sector,” he emphasizes.

Experts are unsurprised by the news. A large untapped market exists in India, where an estimated 13 million kiranas are looking to update and get a modern makeover. Examine the figures. While metros have 1.7 million kiranas, Tier I has 1.2 million and Tier II has 10 million. The kiranas’ ability to withstand the epidemic has sent a message to their owners to modernize and digitize their businesses.

The future seems bright for suitors like Metro, who are aggressively courting kiranas with unique and customized services, offers, and goods. According to Redseer Consulting, the Indian retail sector would grow to $1,297 billion in value by 2025, with organized online play accounting for only 8% of the total. While 14 percent of offline gamers would stay organized, a shocking 77 percent would remain unorganized.

Contrary to common belief, kiranas are on the rise, according to Mediratta. “They were increasing in 2016, they were rising last year, and they will continue to rise,” he adds, noting that kirana sales increased throughout the epidemic. He emphasizes that Metro Cash & Carry only sought to be sympathetic to the problems of kirana businesses who were dealing with supply and demand issues. Transparent pricing, a greater assortment, adapting to customers’ evolving demands, and data analytics were all absent. He admits that Metro filled the need. “You can’t be a fuddy-duddy business owner anymore,” he continues. “Every day, we convert 1-2 kiranas to smart kiranas,” he boasts.

The issue now is whether Metro can outwit a slew of heavily laden competitors like Reliance, Walmart, and Amazon. Experts believe the task is onerous. “It’s getting congested,” says Nimesh Kampani, co-founder and CEO of Trica, a platform for family offices and ultra-high net worth individuals to invest in businesses. Kirana is an Amazon employee. Tata-BigBasket and Reliance JioMart are both aggressively expanding their presence among kiranas right now. “Not to mention online grocery players like Blinkit, as well as delivery platforms like Swiggy and Dunzo,” he continues.

Another significant difficulty for Metro might be the rate of expansion, or lack thereof. Only 30 outlets in eighteen years is not a terrific run rate for a firm that started operations in 2003. Mediratta, on the other hand, is adamant on long-term growth. He claims, “We’ve been operating a lucrative business.” He continues, “Sales is vanity, profit is sobriety, and cash is truth.”

Is Metro, on the other hand, harmed by poor speeds? According to recent sources, the Indian industry is being scrutinized. Such reports, however, were dismissed by the worldwide spokeswoman. “At Metro, we evaluate our foreign portfolio on a regular basis. In an email, the CEO stated, “India is a key element of our portfolio.” “The Indian subsidiary is profitable and growing. He continued, “We are confident on our India business and will continue to develop.”

Mediratta, for one, sees a possible stumbling block for Metro. “We’re witnessing irrational behavior from competitors,” he says, referring to venture capital-backed firms. “They don’t care about the bottom line,” he claims, implying that some competitors are selling below cost. He observes that “at times, the kirana men fall for such techniques.” Despite facing intense competition, Mediratta is confident in his lucrative and long-term strategy. He emphasizes that businesses must be evaluated not just on their top line, but also on their bottom line and cash flow. Metro, he emphasizes, will remain true to its motto. “Our mission is to encourage tiny independent businesses,” he concludes.

Tata Neu: One super app for all solutions!