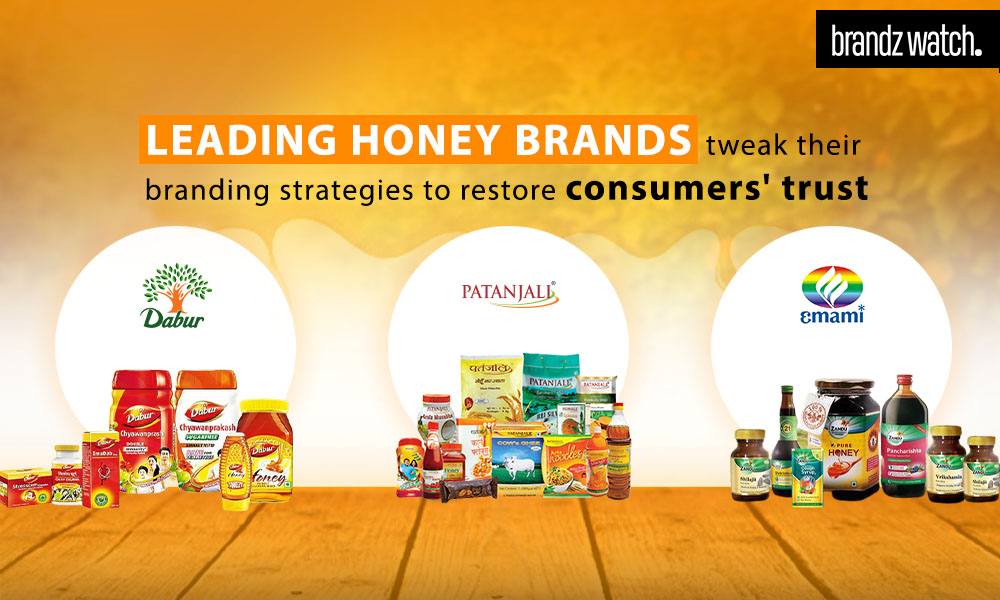 Brands like Dabur, Patanjali, and Emami’s Zandu have swung into honey damage control mode and are rapidly advertising with improved and new campaigns on conventional and social media to demolish any consumer doubts on the brands after advocacy and research firm (CSE) Center of Science and Environment said in a report that these brands are sugar syrup adulterated.

Dabur, being one of the go-to brands for consumers with leading proximity of Rs 1800-crore organized honey market, has come out and loud about the detailed information inclusive of lab reports all over its social media handles like Twitter, Facebook, and Instagram that Dabur honey is “compliant on 22 FSSAI tests and that it has the first NMR machine in India to ensure purity”. They also ran similar ads on the mainstream media and are working on fresh consumer communication.

Patanjali Ayurveda too participating in the advertising marathon claiming that “We are preparing a series of campaigns to reinforce to consumers the benefits of natural, Ayurveda honey”.

The spokesperson for Patanjali, Mr. SK Tijarawala said. “The communication will be across all media and points of sale to reassure consumers that Patanjali honey has tested pure on more than a hundred standards laid down by FSSAI”

There is a 64% rise seen in the print media ever since December 2, when according to data sourced from TAM, the controversy related to the purity of top brands available in the market broke out.

Patanjali being the largest advertiser for honey on television and Marico, which has cleared the tests in the CSE report, is the biggest advertiser of its Saffola brand of honey in print.

A total of eight brands advertised their brand of honey in the medium after the controversy broke out on December 2 to December 12 as against just two within the duration of ten days before the controversy, consistent with TAM data.

Marico Ltd’s new product launch into the honey industry has begun on a rather bitter note. Scarcely weeks after its launch of Saffola Honey, Dabur filed a case at the Delhi supreme court. According to the court documents, the imitation of the bottle, trade-dress, label, and packaging of Dabur’s honey were the same as Saffola Honey. Other twinning similarities include the yellow cap, the shape of the bottle, dome-shaped label and the usage of honeycomb on the label.