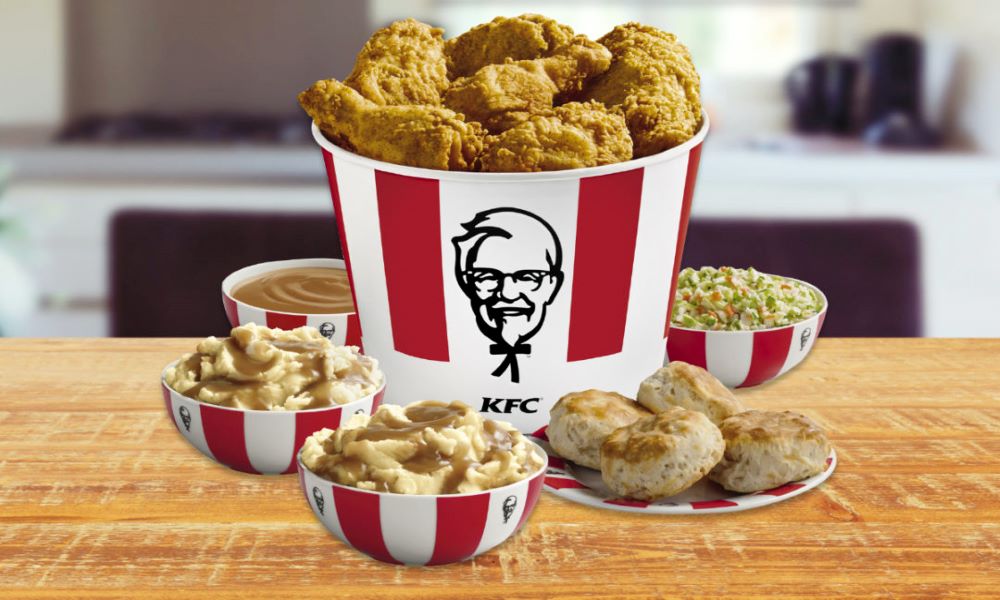 The brand story of KFC is based on the life of Colonel Harland David Sanders. In the first half of his life, Colonel did serval odd jobs including stoking the steam engines of trains throughout the south selling insurance, selling tires making lighting systems and operating a fairy-book. However, the only skill that he possessed was cooking that his mother had taught him from the age of 7.

After trying his hand at many odd jobs, he couldn’t stay any place for long. Later, he became a dishwasher and a cook in a small café. In the year 1930, finally, he settled into a permanent job at the Shell filling station just outside a small city called North Corbin.

In his free time, he used to cook dishes his mother had taught him & serve them in his studio house which was converted into a small eatery.

Very soon his steak and the country ham recipes became a big hit with the travelers who would regularly stop by to eat at his place.

With all of his savings that he had, Colonel bought a larger place nearby to accommodate the ever-increasing customers. He increased the dishes and included the famous fried chicken recipe for the first time in 1936.

By 1937, he again expanded the hood which now accommodated up to 150 people at the same time. Colonel was extremely happy that he had become successful at new business but he was always looking to improve his production process and expand his customer base.

Latter, in order to expand his food-chain, he started traveling by car to different restaurants and cooked his fried chicken on the spot for restaurant owners.

However, his recipe was rejected by 1009 restaurants because they did not like the taste, but this did not break his spirit. He knew that his recipe was unique. He went ahead with the same conviction as he used to have and finally, a restaurant owner agreed to sell Sander’s chicken.

Soon more and more restaurants were eager to sell the new recipe of fried chicken in their food facility.

By the year 1963, approximately 600 restaurants were selling the recipe. After four years, Kentucky Fried Chicken was at its peak of glory but Sanders decided to sell the corporation to a private investor named John.Y. Brown. Under the deal, he receives 2 million dollars in cash and remains the official face of the company, for which he was paid about two hundred and fifty thousand dollars every year.

Sanders wasn’t happy to let go right at the age of 75. He decided that it would be best to see his company continuing to grow beyond his capacity.

After all these years, today KFC is the go-to stop we all know it for. Colonel Harland David Sanders never gave up on himself and made sure that he continued to go on matter what!

“There’s no reason to be the richest man in the cemetery. You can’t do any business from there” – Colonel Harland David Sanders.