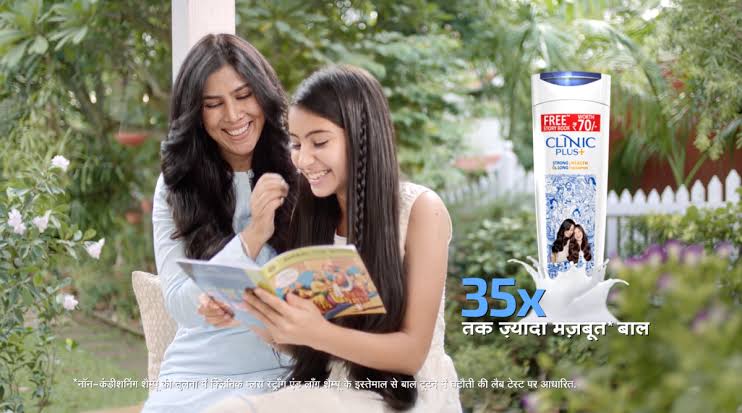 Clinic Plus was first introduced in the United Kingdom in 1954 and within five years spread to eighteen countries across the globe. In India, the product was launched in 1987 and soon became one of the top shampoo brands in India. The advantage that brand had over the other old Indian shampoo brands was – it only removed unnecessary oil and not the natural one, which left the hair shiny and nourished.

Clinic Plus is popular in around 70 countries and is known with different names in other countries such as –Sedal, Seda, and Elidor. In India, the shampoo market is one of the very competitive markets with the presence of several major players. Despite this, This shampoo brand has remained one of the top Indian shampoo brands without even radically altering the basic strategy of the brand. The reason behind the success of the brand is its consistency to deliver quality to the consumer.

The formula of success

Initially, Clinic Plus was launched as a tonic shampoo that included ‘Allantonic’ –a component that keeps the scalp free from infection in its chemical formula. Later on, Clinic Plus was re-launched with an improved formula in two different varieties that include -olive oil and lemon. Olive oil works as a natural hair conditioner that makes hairs soft and silky while lemon removes the unnecessary oil from the hair.

Before the product was launched in India, glass bottles were used for packaging that was later replaced by PVC bottles. In was after the 1980s when the overall quality of Clinic Plus was enhanced including the improved packaging of it. Clinic Plus hair conditioner was also launched with an improved formula that became a success in the market very shortly after it was re-launched.

What made Clinic Plus stand apart?

Apart from the hair solution by Clinic Plus that majorly focuses on the prevention of hair loss and dandruff, and enables softness and strength to the hairs, it also offers several variants of shampoos such as anti-dandruff, Ayurveda based shampoo, and naturals, along with offers conditioners as well as hair oils. The product is also available in several size bottles along with sachets.

The marketing of the product and the network of Hindustan Unilever are the main two reasons that are behind the unparalleled journey of Clinic Plus. Hindustan Unilever is known for its strong presence in both rural and urban not only in India but across several countries in the world. It’s one of the few companies that has a pan presence from small shops in society to supermarkets to e-commerce platforms, it’s almost everywhere.

Over the years, through the print and television medium under which a number of common female TV faces such as Sakshi Tanwar, Madhu Noorani, and many more conceptualized a whole idea of a mother who supports her daughter on the occasions where they lacked confidence or were discriminated out of the fear of getting their hair damaged. The mother here puts forward her confidence in Clinic Plus Shampoo for the protection of her daughter’s hair while playing out in the mud.

The whole advertisement would run on empowering taglines such as ‘M se Maa, Maa se mazbooti’ or ‘Mazboot Baal, Mazboot Rishtey’ which attracted a number of viewers to Clinic Plus.  These extraordinary advertisement skills have not only earned the respect of the consumers but also retaining their loyal customer base.

Clinic Plus is one of the oldest Indian shampoo brands has continuously remained amongst the top choices of the consumers. What has led it to remain on the even with the presence of several major players? Well, no single answer but an amalgamation of a brilliant marketing and pricing strategy, a network of Hindustan Uniliver, and several other factors has helped the product to remain a billion-dollar consumer brand.

Related Topics:brandstoryhistoryLifestyleshampoo brands in India
Up Next

Bend it like Apple: Not just buying products but altering the mind-sets