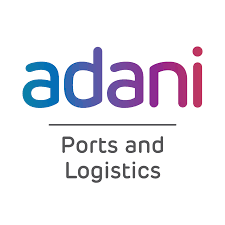 According to a stock market filing on April 22 by the company, the Gautam Adani-led business would pay Rs. 1,135.30 crores for the direct acquisition of 75.69 per cent of OSL and Rs. 394.87 crores for an indirect acquisition of 24.31 per cent. Ocean Sparkle will become a wholly-owned subsidiary of Adani Harbour Services when the deal is finalized.

“Given the synergies of OSL and Adani Harbour Services, the consolidated business is likely to double in five years with improved margins, thereby creating significant value for APSEZ’s shareholders,” said Karan Adani, CEO and Director, APSEZ.

OSL India’s largest maritime services firm has a value of INR 1,700 crores and has INR 300 crores in free cash. The firm was founded in 1995 by a group of maritime technocrats, with P Jairaj Kumar as Chairman and MD, and will continue to serve on the OSL board of directors. According to the company, it has a presence in all of India’s main ports, 15 smaller ports, and all three LNG facilities. Towage, pilotage, and dredging are among the primary services provided by OSL.

OSL has established and deployed a workforce of 1,800 people across India over the years. Through its activities in Oman, Saudi Arabia, Sri Lanka, Qatar, Yemen, and Africa, the company has extensive expertise in worldwide marine servicing.

“This acquisition not only provides APSEZ a significant share of India’s marine services market but also provides us a platform for building a presence in other countries, thereby facilitating APSEZ’s journey towards becoming the largest port operator globally by 2030 and largest integrated transport utility in India,” Karan added.

APSEZ is currently India’s largest port developer and operator. It has 12 ports at key locations in the country – Mundra, Dahej, Tuna, Hazira, Mormugao, and Dighi on the west coast, and Dhamra, Gangavaram, Visakhapatnam, Krishnapatnam, Kattupalli and Ennore on the eastern seaboard.

Musk announced his takeover as Twitter accepts his deal.