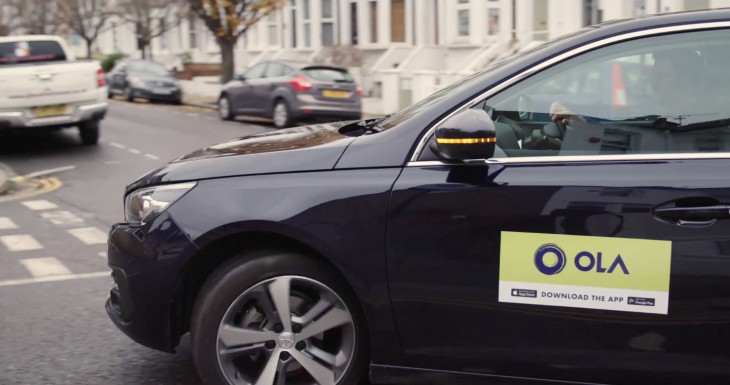 Ola has always taken the lead over Uber in India, despite the latter being world’s largest ride-sharing company. However, the company is all set to further expand its international reach by making its presence in the world’s largest financial hub, London.

Ola recently announced that it will officially begin operations in London on February 10, 2020. The company has already signed up around 20,000 drivers and will be fully operational since day one.

Taking safety into utmost priority – a rather sensitive subject, especially in UK’s capital

The company emphasised that its platform will be offering a number of security features for customers and drivers alike such as 24*7 helpline and an in-app emergency button. In a city like London, safety is a relatively sensitive subject and probably because of which it took Ola over six months to launch there even after securing the license in July 2019.

The ride-sharing company has been launched in the UK in 2018 and operates its services in five regions including South Wales, Merseyside and West Midlands. Ola further said in a press release that it plans to take zero commission on rides for the first six weeks.

According to Simon Smith, head of Ola International, the platform has received “overwhelming positive” reception since its launch in the UK in 2018. The start-up claims to have witnessed a double-digit growth in the last quarter in the UK. Till now, it is said to have provided over 3 million rides with more than 11,000 drivers already operating on the platform in the country.

The company has made its international presence in two countries viz Australia and New Zealand, UK being the third. It is a huge step for Ola, expanding in UK’s capital.

Other ride-hailing companies that have made their mark in London include Bolt and Kapten. However, Ola’s fiercest competitor Uber, has been declined license by TFL, the local taxi regulator, in late November 2019 over safety concerns.

H&M making inroads into the country with Indian designer Sabyasachi