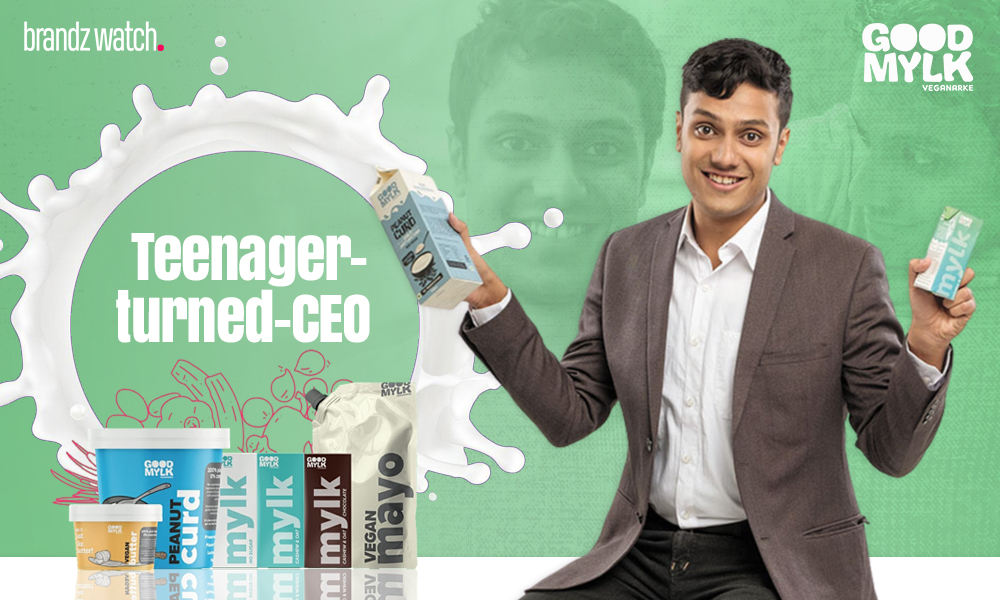 Goodmylk is a plant-based Indian startup founded by Abhay Rangan, an engineering student, at the age of 19. Being a vegan activist, he realized that the plant-based alternatives available in the market were too expensive and decided to offer vegan alternatives at a reasonable price. Rangan started the company, Veganarke, to make vegan products affordable and accessible to everyone. The aim was to make a wide range of plant-based dairy products.

Recently the company rebranded itself as “Goodmylk”. It is the first Indian company to make vegan yogurt (in the form of a peanut and rice curd). “We developed a shelf-stable vegan yogurt that doesn’t need refrigeration to stay fresh,” Rangan said. Presently, no other plant-based companies are focusing on the varieties of vegan products like cheese and butter.

Goodmylk raised its first round of capital in 2018 because of the growing demand. The company strives to make plant-based dairy products available in every nook and corner of the country. The strategies of the company evolve constantly through experimenting with almond, coconut, soy, quinoa, and another kind of milk. This conscious decision was made because Rangan realized that apart from being ‘plant-based”, the alternatives also need to function like their dairy counterparts.

Rangan said that in the coming years when the company will have substantial volumes, it will enter retail too. Eventually, the aim is to create a large enough volume that can compete with the prices of the regular dairy industry.  This will make plant-based milk highly affordable.

Goodmylk’s vision is to become the biggest vegan dairy company in India – with zero animal cruelty involved in the production. “We’re just getting started and are excited to bring compassion back to our plates,” Rangan remarked.

Global competition in the vegan industry

The vegan industry is one of the fastest-growing industries of the world in recent years, driven by pioneers like Swedish oat milk maker, Oatly. Goodmylk has a tough competition in India as there are other Indian startups who are also focusing on plant-based dairy including oat milk and chocolate makers, ’MilkinOats’, almond milk brand, ’Sain’ and vegan protein beverage startup by ‘Plantbyte Foods’.

India experiences a proliferation of homegrown startups offering local consumers dairy-free alternatives. Companies like Goodmylk are an example of transformation towards a sustainable future, and the investors who show their support for Goodmylk and other plant-based companies, exhibit a great commitment towards the environment.