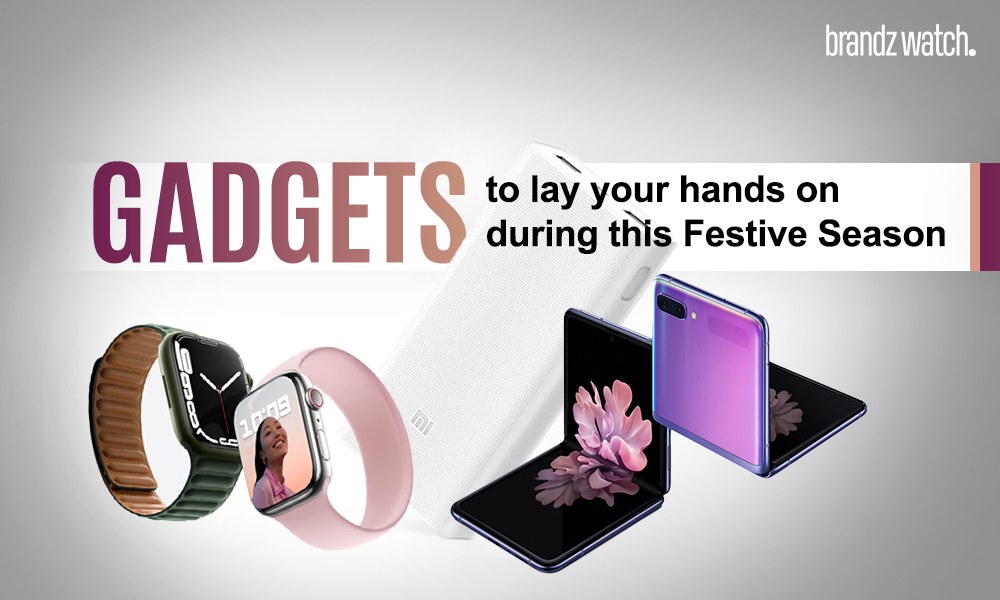 With the festive season lighting up our life, cyber-century folks can splurge on the fantastic range of gadgets recently launched in the market. How about satiating your technological craving for something new around the block? Here are the handpicked launches which are up for grabs. Read on:

The popular proverb “Neighbor’s envy, owner’s pride” holds true for Apple Watch Series 7 which has been welcomed with arms wide open from consumers waiting for a refreshing new change from series 4. It has a wider display and a curvaceous flat design which adds to the visual appeal. Not only this, it has added new watch faces, S7 processor for speedy and smooth integration or navigation within the smartwatch. There are more features that consumers are going to love, as they wait with bated breath for this launch.

A very crucial gadget for on-the-move metropolitan people whose day is caught in the cobwebs of the hustle and bustle of their city. One of the most sought-after gadgets is Mi Power Bank holding up to 20,000mAh power capacity to quickly charge your cell phones anytime, anywhere around the world using the USB cable provided along with it.

Creating much hoopla around the digital market is the Samsung Galaxy Z series fold that is encompassed with the innovative flip and fold feature which potential consumers can’t stop raving about. Samsung Galaxy Z Flip Price has a price range starting from Rs.62,340 onwards as of 8th November 2021. The vast expanse of new features has seen the viewers being bedazzled just by the look of this mobile phone.

There’s nothing more addictive than a fresh and unique gadget launch for gadget enthusiasts. What are you waiting for? Time to lay your hands on your favorite pick from the aforementioned list.