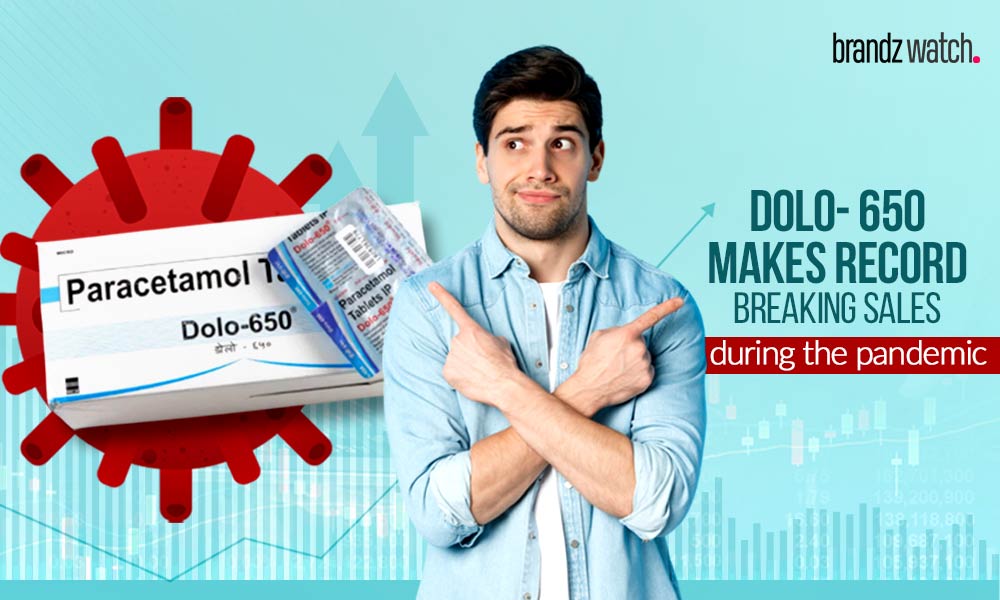 Covid 19 has made us more conscious of the medicine that we consume nowadays. There have been some dramatic shifts in the popularity of various medicines.In India, Dolo 650 became the most prescribed brand during the coronavirus outbreak.

The sales of the medicine peaked in April 2021 with the brand selling tablets worth 49 crores during the second wave of covid. According to the data of the research firm IQVIA, it was the highest monthly sales ever.

Data shows that the paracetamol manufactured by Micro Labs Limited made sales of 576 crores since March 2020, selling 350 crore pills and 7.5 crore strips of medicine. Dolo, Crocin or Calpol, all use the same salt under their copyright. The only difference is that Dolo uses 650 mg (milligrams) of paracetamol salts as compared to 500 mg in other medicines.

“The Paracetamol 500 mg market was always crowded and we wanted to have a Paracetamol with a difference. After we studied the market and held discussions with doctors, we found that there was a gap in managing fever. Relief from fever and pain provided by Paracetamol 500 mg was not adequate” said Dilip Surana, chairman and managing director, MicroLabs Ltd while talking about the idea behind a 650 mg paracetamol.

Experts believe that the reason for the increase in the popularity of medicine is the general perception that it is more effective on fever as it has a higher amount of paracetamol salts.

According to Surana, Dolo-650 has been the number one paracetamol 650 mg brand prescribed in India for decades. They have never advertised the tablets and have always believed that the medicine should be prescribed by a doctor. He adds that as lockdown forced the people to stay in their homes, prescription of Dolo 650 medicine started travelling via text messages and WhatsApp, which led to the popularity of the medicine.

Micro Labs Ltd has two Research and Development centres located in Bengaluru and Mumbai. The company has set up a core team of senior officials since the time of lockdown, in mid-March and have learned to manage the work remotely.

Even though drugs like paracetamol tablets are available without a prescription, their excessive use can harm the liver. They should be consumed under the guidance of a doctor.