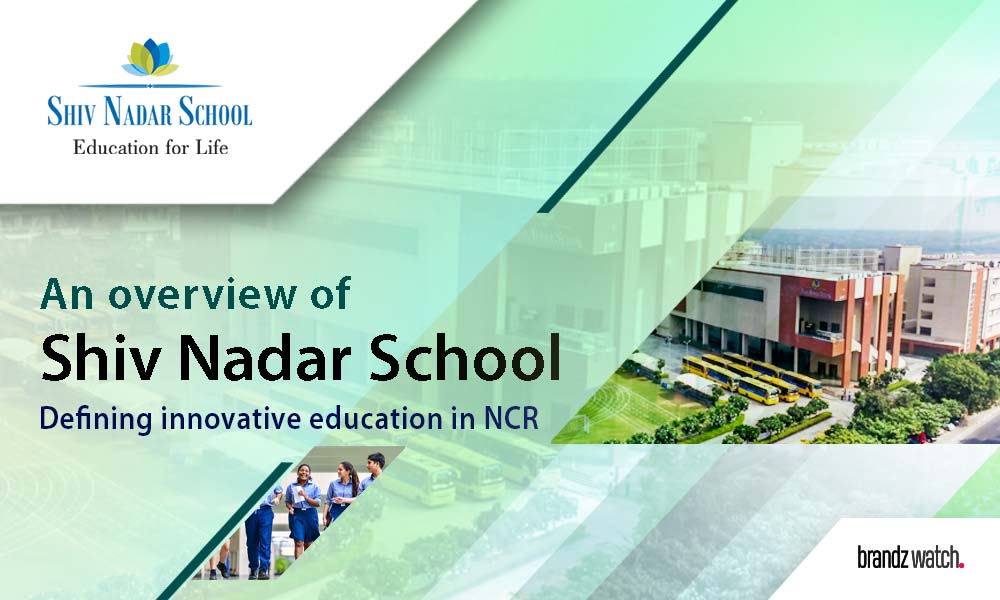 Established in 2012, Shiv Nadar School is the flagship initiative of Shiv Nadar Foundation under its main aim of diminishing the socio-economic divide via education. Based in Delhi NCR, the school laid its foundation at the Gurugram campus. Followed by Noida and came up with Shiv Nadar School, Faridabad in 2015. Currently, they have a combined ecosystem of over 4000 students with more than 500 staff members.

Prominent industrialist and philanthropist, Shiv Nadar, was born in 1945 in Tamil Nadu. He went on to establish HCL Technologies, one of India’s reputed IT services and consulting companies. He has always remained grounded and has been a consistent front-runner when it comes to giving back to the community. Shiv Nadar has always maintained that education is paramount in order to transform society. “Education is and will be the most powerful tool for individual and social change, and we must do all that it takes to facilitate it,” he said.

And Shiv Nadar is not one for mere talks. He believes in action and is willing to do it himself.

“I want to focus on education and do it myself” Shiv Nadar said in a recent interview.

And true to his words, he established two universities – one in Delhi and the other in Chennai. Both go by the name Shiv Nadar University and have become centers for the promulgation of his unique approach to education.

One of Shiv Nadar’s issues with the current education available is the disparaging gap between the education received by students and the actual skills required to land jobs with companies. His vision is therefore reflected in the two universities that bear his name. The SNU is the first and foremost research university. What this means is that they are committed to research as an integral part of its mission. Unlike ordinary universities, they will provide students with integral skills that will enable a holistic curriculum.

Change is a must. The change will come. With visionaries like Shiv Nadar at the helm, a transformation is surely on its way.

Shiv Nadar School grabbed the attention of parents due to its modern approach to traditional education. While pedagogy took digital wings with online learning methods, practical exposure in laboratory and field experiments instill clarity as well as confidence. In addition to the bright scholastic reports, innovative programs in robotics, animation, artificial intelligence, and programming under Colloquium help the students devise modern solutions to prolonged problems. One such example is the RO Water Conservation project developed by three students of Class X from Shiv Nadar School, Noida – installed at the Police Commissioner’s office, Gurugram.

The school successfully managed to elevate the experience of student learning through technology. Ever since the pandemic forced education to go virtual, the school has organized various online events such as Kaafila (arts festival) and Energy Boot Camp in association with Indian Youth Nuclear Society featuring an e-visit to a nuclear irradiation facility at Nuvia India, ITER, France, and ITER India.

After attending the online visit session, Ayan Gupta, a class 10 student said, “During our projects, I learned a lot about radiations and Gamma-Ray Surgery and its benefits over conventional, invasive brain surgeries. My experience during this boot camp was very enriching. I learned that conducting deep research is more insightful than conventional mode of rote learning.”

Although some people would argue about the relatively high fees charged by the school, but money is not the concern of parents when the school ensures a combination of skill and personality development of their ward via dedicated cultural, technological, and athletic programs organized around the year.

Looking for further information? Let us know in the comments below.