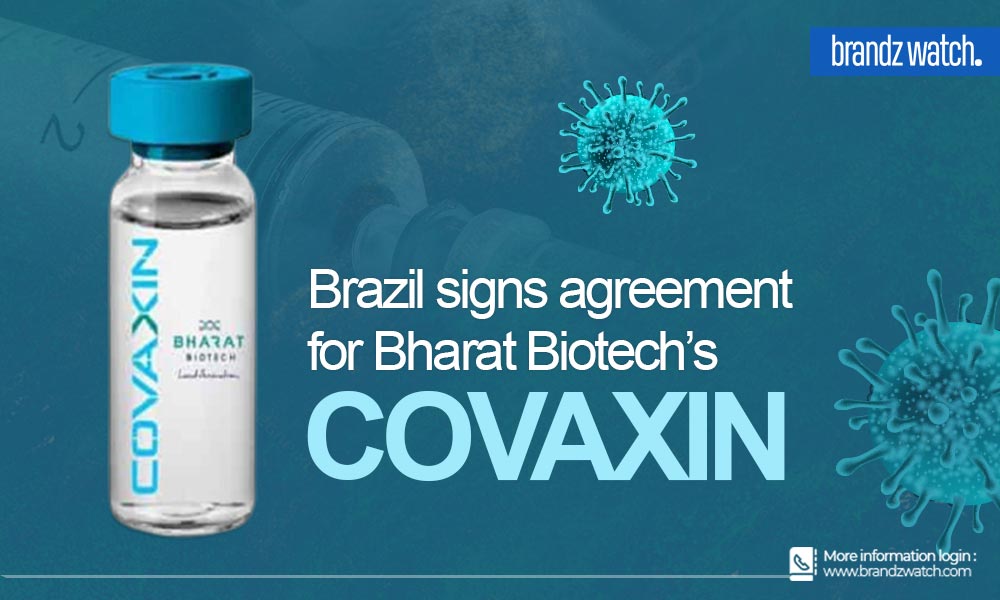 Bharat Biotech, India’s indigenous manufacturer of COVAXIN, has signed an agreement with Precisa Medicamentos, a private medical firm, for the supply of COVID vaccine to Brazil. According to the firm, the Brazilian government will directly procure the supplies as per the market requirement. Brazil is the second-worst hit COVID country with more than 8 million COVID cases and over 2,00,000 deaths.

The deal was finalized in the digital presence of André Aranha Corrêa do Lago, Brazil’s ambassador to India, between Dr. Krishna Ella, Chairman and Managing Director of Bharat Biotech, and Precisa’s team. Emanuela Medrades, Director of Precisa, said, “Bharat Biotech has exceeded our expectations, demonstrating quality and safety at the level of the largest vaccine suppliers in the world.” A private plane will ship the batch of approved COVAXIN quantity to Brazil.

Experts suggest that the possibility of such a deal was under discussion ever since India announced the approval of COVAXIN’s emergency use along with Oxford’s CoviShield. Phase-II results of Bharat Biotech’s vaccine have been extremely promising as Drug Controller General of India (DGCI) gave the nod for the administration of COVAXIN to people who are more than 12 years old.

Along with the international participation, Bharat Biotech recently announced the delivery of its vaccine in 11 cities of India with each vial carrying 20 doses. Developed in collaboration with the Indian Council of Medical Research (ICMR) and the National Institute of Virology (NIV), these doses can be stored at 2 to 8 degrees Celsius.

Apart from the official order of 55 lakh doses in the first stage, the company has donated 16.5 lakh doses free of cost to the government. Mutual agreement between Bharat Biotech and the government has set the price of each dose at Rs 295.

The trust placed by international medical companies in Bharat Biotech’s COVAXIN makes a bold statement for the people maligning the image of the vaccine by doubting over its efficacy and expected results. Phase-III results, likely to be released in April, would put an end to such trivial debates.

Surge in Signal and Telegram downloads after WhatsApp privacy row