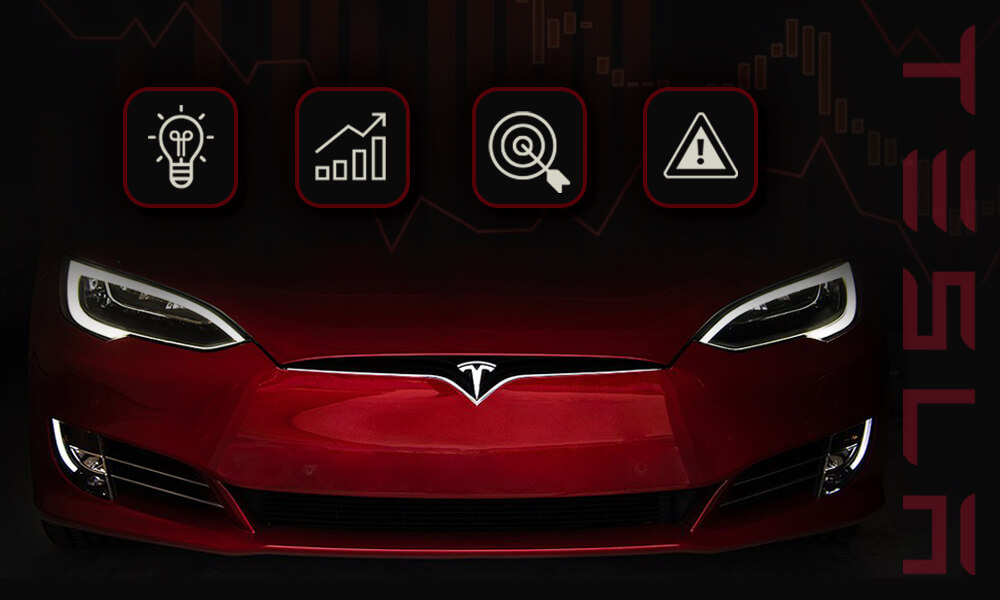 Tesla was founded in July 2003 as Tesla Motors by Martin Eberhard and Marc Tarpenning. The company’s name is a tribute to an electrical engineer and inventor Nikola Tesla. Elon Musk, who was the major contributor in the initial funding of the company, has served as its CEO since 2008.

Tesla is one of the leading companies in the automobile industry with the ability to build entirely electrically powered vehicles in-house. The brand serves the rich and affluent sections looking for electric premium luxury/sports cars.

Some of Tesla’s weaknesses & threats include:

Tesla’s CEO Elon Musk said that all future transport will be electric with the exception of rockets. The company definitely seems to be paving its way in the future.

The long wait for Tesla in India is hopefully ending with the declaration of Tesla Inc. in India this year.

Tesla is offered 1,000 acres of land by the Gujarat government to establish a plant in India. It is located both within and outside Adani Ports and Mundra Special Economic Zones. It is also home to the largest private port in India.

Gujarat is one of many Indian states that are trying to lure Tesla to India. Maharashtra, Karnataka are the other two. All three of these states are located on the coast. Tesla has easy access to West Asian, African, and other markets in each state. However, the most recent offer is 1,000 acres.

The Model 3 is one of the first Teslas to arrive in India. It will launch before the end of 2012. It is expected to be Tesla’s most affordable model, but you will need to spend quite a lot to get it. The Tesla Model 3 is expected to retail for around Rs 60 lakh.

Brand Analysis of Fabindia: What’s so fab about it?