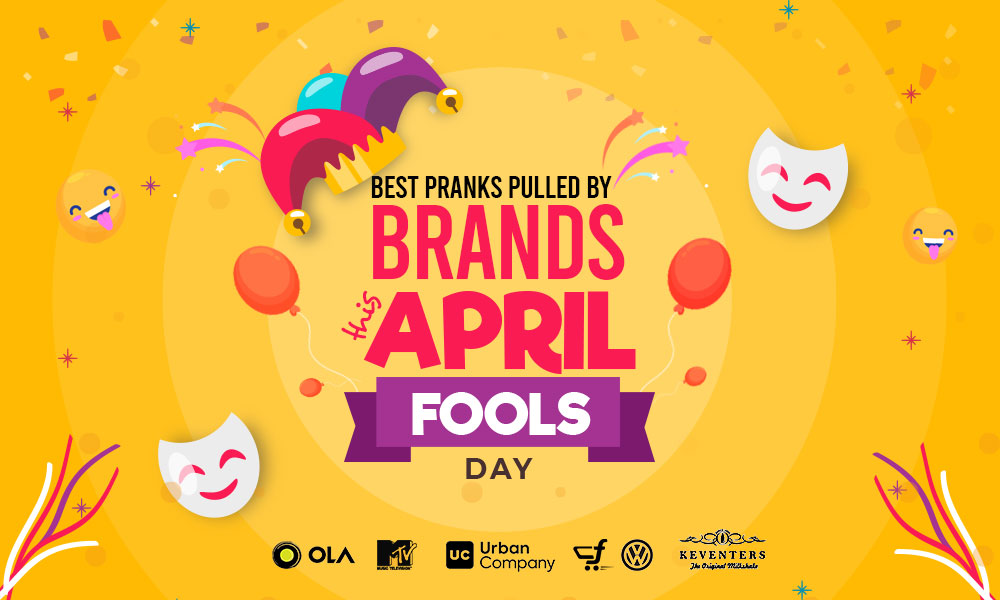 Yet again brands have succeeded in fooling their customers with a good gag. From Flipkart, Urban Company, Volkswagen to MTV India and Keventers, all of them grabbed the opportunity to make their consumers giggle and forget the prank life has been playing on us.

Let us take a look at some of the buoyant jokes made by brands this April Fool’s day.

Ola decided to come up with a panacea for all the problems faced by its consumers. Be it the rocketing fuel prices, traffic issue, vehicular pollution or parking space, ‘Ola Air pro’ which is a fully electronic flying car is the solution to all these problems. The car is so light that you can lift it single-handedly, but the company advises against it. Isn’t it amazing?

The brand took the golden opportunity of April Fool’s Day to make a humorous comment on the unrealistic expectations that Indian parents have from their children. I am sure all of us must have heard this once in our lifetime ‘ Pehle 12th karlo fir toh aish hi aish hai’.  To all the fools who never intended to be fooled, Ola has something to ask you ‘Kya apki zindagi me aish aayi ya abhi tk wait kar rhe ho?’

The sleepyheads who by default hit the snooze button and wake up way after the alarm time, Urban Clap is here just to make your life easy. With the company’s #AlarmAtHome service, a trained professional will be sent to your home to make you rise and shine. Cool no?

The future is here with Flipkart! A prank played by them this April Fool’s Day might become a reality in the coming years. The brand said that it would accept payment in Bitcoin. Go Cryptocurrency!

The brand caught everybody’s attention with its very practical prank this year. Emphasizing on its electric line, Volkswagen published a press release stating that its US firm will be changing the name to ‘Voltswagen’. A company’s insider confirmed that the news was not a prank and will be a permanent development in the future. Though later it was announced that it was a prank indeed.

Our beloved brand took advantage of Indian’s love for festivals to hack a prank. This year, when Holi and April Fool’s Day were back to back, Keventers launched a special item on their menu named ‘Bhang Flavored Milkshake.’ To its response, they received 2K plus calls inquiring about the milkshake. Later, on April 1, it was revealed that this was a prank and no such item exists.

We do applaud the much-needed uplifting pranks by these brands but watch out big labels, for consumers might be the ones to pull a prank on you next year, let’s see if it would still be funny!

The gateway to your dream job – Brand Story of Waahjobs

KFC Brand Story: “To me, my recipes are priceless” – Colonel Harland David Sanders