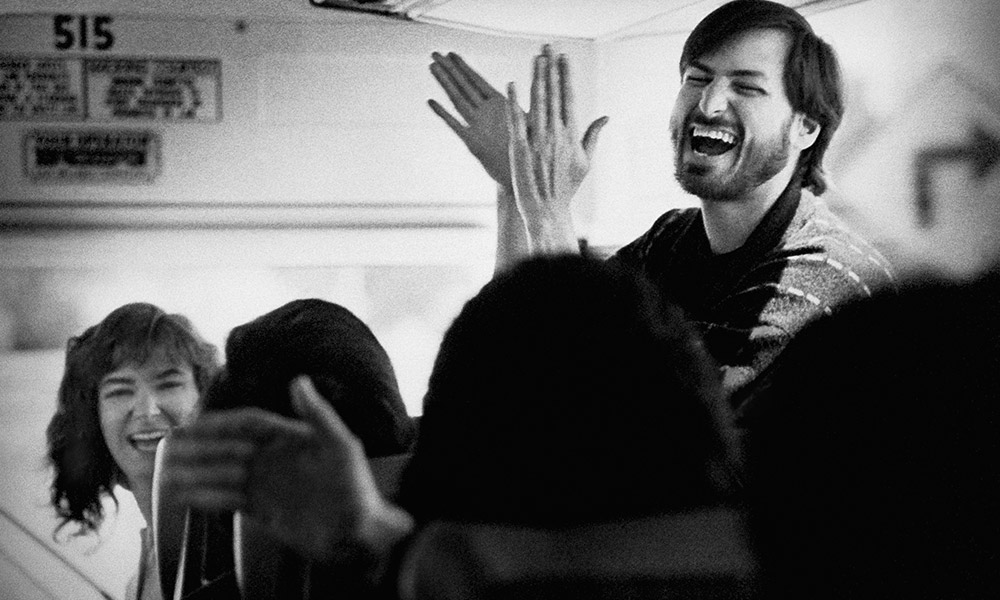 With the tech design or set-up unlike any other in the market, Apple is a brand that has successfully been able to amaze users, putting in odd twists to its products that we have relished. However, if the curious reader digs a little deeper, the success of the brand hasn’t been an overnight story! From different designs, overthrown CEOs, and much more. In this article, we’ll look at the story behind Apple’s ravishing success.

Perhaps, you’re reading this article on an “iDevice” right now, or are either planning to or have already been a part of the active 1.m trillion community — The impeccable Apple is the second most valued tech company sitting well above the world leaders!

Making more money and roar than any other tech business in the world so far, the growth of apple has been almost like the big bang— expanding beyond horizons.

The deliberate decisions made by the company on its marketing, exclusivity and clear cut distinctions have impressively worked in its favor. While many contemplate that the brand’s success is over arched on Steve Jobs’ shoulders, it still stands as the best tech brand in the market, long after his demise. But how?

Apple’s inception: The ground for building a strong tech empire

The company has hit its stride with the recent launch of its Iphone11, the series product that has garnered the most revenue and screams for Apple. A decade long journey with only 10 models of smartphones, where brands strive to maintain variation for developing vast consumer base, Apple introduced a single model an year and became the largest company by revenue in the world.

Since its inception in April 1976, Apple has shaped the use of technology and molded the way how phones and computers should be made and used.

From the introduction of the Macintosh onward, Apple has either been a reflection of or a reaction to the management of Steve Jobs. Started with creating a machine that made computing simple and enjoyable, Jobs’ Mac was a classic example of being ahead of time— precisely 12 years ahead.

With Jobs later association with Apple, overthrowing Amelio, he didn’t want to commit the same mistake twice and therefore, laid stronger emphasis on a marketing strategy featuring the “Think Different” slogan. He was of the view that a truly revolutionary product couldn’t depend on customers’ needs and wants because the customer can’t understand the quality of the product until he or she is holding it.

His belief was fairly outlined in the iMac which has a clear distinction from that of its counterparts in terms of beauty and design. When Steve joined the company in 1999, it was nothing less than a confusing conundrum. They sold millions of products with unnecessary features surmounting over the other, and also had no clear vision. He streamlined the entire company into one point of singularity i.e. ONE CHART!

The vision was to make one computer for each market. However, with time the marketing strategy expanded but apple still holds its former vision and is still extremely focused when seen in a bigger lens as compared to its competitors. Motivated by internal values than peer profits

Apple’s uniqueness reflects in its operations and not just its products.  While companies are constantly hawk-eyed on each other’s shortcomings and tend to use that to thrift their market presence, apple does have its unique and inward approach, i.e. upgrading it by taking extremely eclectic measures that follow a rather unusual business approach. For people wondering why apple kills its product sales by making or has been removing bedazzles and ports for no understandable reason?  The company, although takes feedbacks seriously when it comes to answering the question of what the next thing would be— it leans on to inclusive questioning, which has helped it create a demand for the product we thought we don’t even need.

A company with a different perspective believing not to “overcomplicate” things, fearing over-complication- what makes APPLE so successful?

No single employee or even its own “know-it-all” Chabot Siri can answer the question in simple words.

Apple is seen as a tech company and considering it anything else would be arbitrary, and so would be thinking that its business objectives are like companies such as Samsung, Microsoft or any other for that matter.

Its goal is to move towards more simplistic and transparent technology. This may sound idealistic but consider how much does it explain.

Most people, excluding the tech junkies, might now know much about the technology derivatives rather than the simple aspects of it that help us function better.

Apple as a brand feeds on simplistic, minimal and light designs, because it believes that each device fundamentally competes in its category.

“The Grand philosophical theory” of the Apple (AAPL) product line :

Each device has the goal of moving in the smaller, less complicated technology and making their significant counterparts obsolete.

Other key areas where the company brings ingenuity is its onion marketing. We call it the onion marketing because apple’s marketing strategy is layered. At every stage of a product’s development or marketing, there’s input, evaluation and ideas. “They not only focus on buying the products and services, rather than it was about buying into a mind-set.”

Reinventing the way we look at computers, music files, phones, APPLE has successfully done it all. To encourage people to buy an iPod instead of the average mp3 players, Apple had to rejig the way we look at music completely. The original iPod was designed to hold around 5 GB or 1,000 songs – far more than any other mp3 player at the time.

Later, with bringing of the iTunes store, people were able to download just the songs they wanted rather than buying the entire CD. The tech giant has been also strongly credited for its user-friendliness in the professional post-production of photo and videos, coupled with its ability to digitally edit and comprise sequential music.

Building compact products by eliminating extra spaces seemed to be Apple’s early objective in building its product, with which the company has experimented over the past few years. However, it lays greater emphasis on building intuitive interaction and the best ergonomic in their devices with just the “right amount of pressure to trigger the interaction.”

This comes in concurrency with its lookout for best products and platforms to provide customers with a truly exclusive experience.

The heart of Apple is its power to create products everyone wants to have, including its competitors, said Bruce “Tog” Tognazzini. Looking back at the brand’s successful breakthroughs, we know that it has momentum. Apple has carved its league that rallied customers to follow its beliefs and ideas, and quite frankly, users seemed to like it!