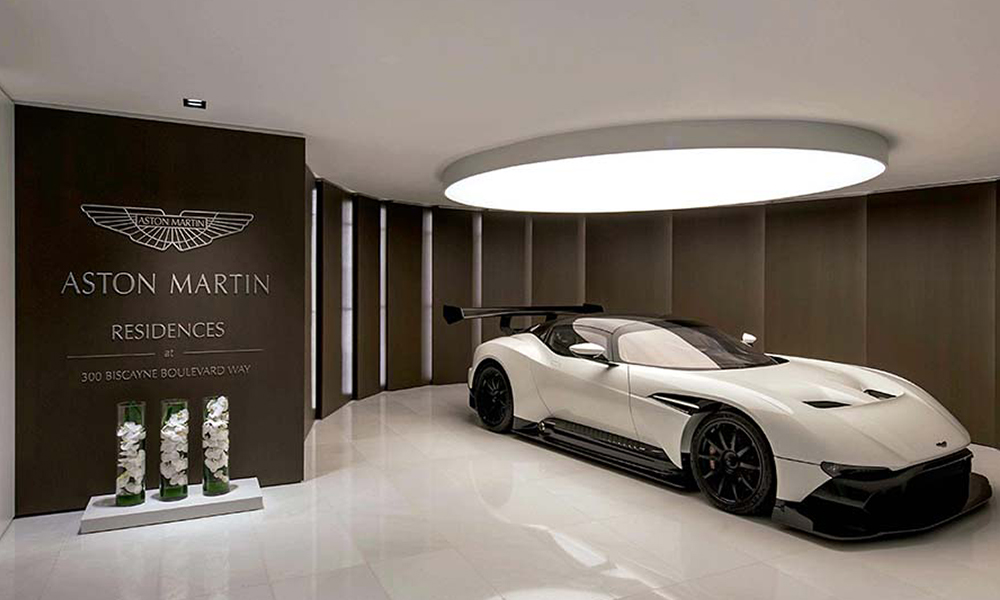 Aston Martin is all set to expand its service to interior designing. At the recent Monterey Car Week 2019 in California, the luxury car brand announced the launch of its Galleries and Lairs Program.

Through the program, the automakers will design lairs specifically for Aston Martin cars in the form of minimalist garages or luxury retreats. The Aston Martin brand is increasingly being used, mostly through licensing, on other products including a submarine, real estate development, and aircraft.

“For the car enthusiast, the garage is as important as the rest of the house and a bespoke auto gallery designed by Aston Martin that either focuses on showing off the car or is part of a larger, integrated entertainment space with simulators and such like, takes Aston Martin ownership to the next level,” said Reichman, Chief Creative Officer, Aston Martin.

The bespoke car homes by Aston Martin will cover a large spectrum from a customized garage to a car gallery to a James Bond-ish lair for the cars. Each car home they design will reflect the car owner’s personality. However, the main intention is to make the client’s car the centerpiece of luxury architectural design.

The Galleries and Lairs Program is the second architectural venture by the firm. The first one is the interior design work done by Reichman and his team for the 66-storey Aston Martin Residences in Miami.

In Aston Martin’s words, “The service is for anyone who would like to create a unique bespoke garage – their own ‘Automotive Gallery’ – for the truly adventurous, the ultimate retreat or ‘Automotive Lair’ in which to keep their car.”

The program will be run by Q bespoke design service. The Q division already provides Aston Martin’s clients the opportunity to own unique storage areas. Now the automaker has gone as far as making living quarters for the cars that match well with the cars purchased from Aston Martin.

Reichman added that he expects the service to take the ownership of the car to the next level. The Aston Martin Valhalla costs around USD 1.1 million and the Valkyrie costs USD 3.2 million. Considering the exorbitant rates of the cars which is way more than what many homes cost, a mundane garage will not suffice to harbor such cars. A lavish space might be more apt to house and showcase them.