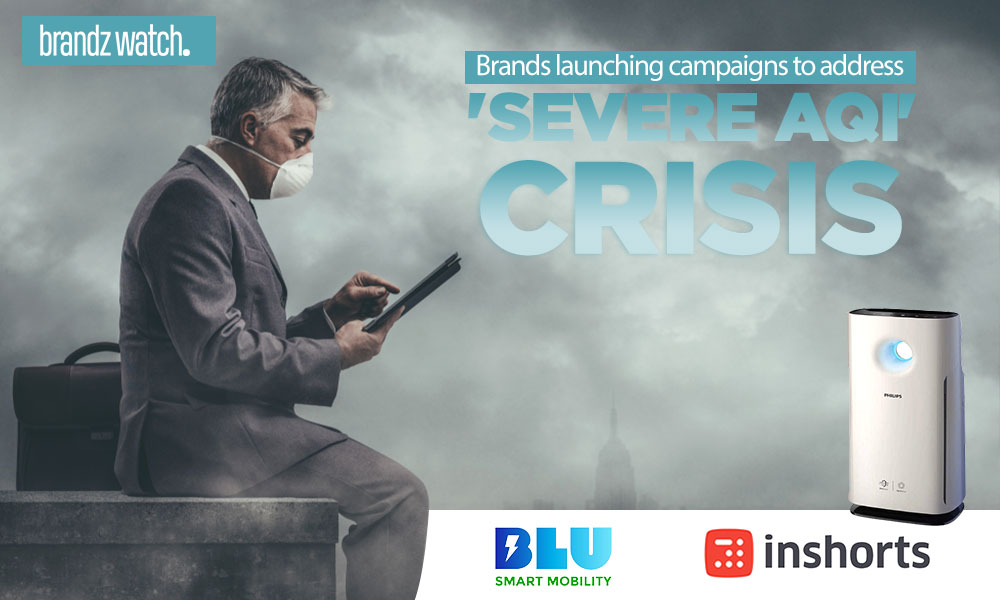 Like every other year, this year too, as winter dawned, Delhi NCR started to get blanketed with the tragic veil of air pollution. Even though in the past few days, AQI has improved marginally from ‘severe’ to ‘very poor’, the crisis still remains dire. Therefore, in their bid to raise awareness and foster meaningful conversations around the same and address it, brands from various sectors have been coming up with unique campaigns.

English News App Inshorts, in association with Philips air purifiers, launched an engaging campaign to raise awareness about the increasing air pollution in India. Through video stories, digital magazines, quiz and fact cards, the brand covered multiple aspects of air pollution. The idea was to leverage the hard-hitting facts and aware the audience of the reality. “With the constant rise in air pollution levels and the surge in cases of respiratory diseases, it is essential to create much needed awareness amongst our readers about air pollution. We are pleased to partner with Philips for this campaign that communicates the brand message to the target audience in a non-intrusive and engaging way,” said Piyush Thakur, National Sales Head, Inshorts.

Along the same line of vision, but different concept and ideation is BluSmart’s #MyBluKms campaign. The All-electric ride-hailing platform has launched the campaign in its bid to tackle the rising pollution levels in Delhi – NCR. As a part of its campaign, BluSmart has launched a contest among its riders that will run from December 1 to December 20, 2020. Riders willing to participate will have to book a ride in BluSmart app, take a picture or video of themselves in the all-electric cab and post it on their Instagram handle using #MyBluKms hashtag. The winner, who will be announced on December 22, would be the one who covers the maximum number of clean kilometres. He/she will be rewarded an “all expenses paid, 5-star trip to the Andamans for two”.