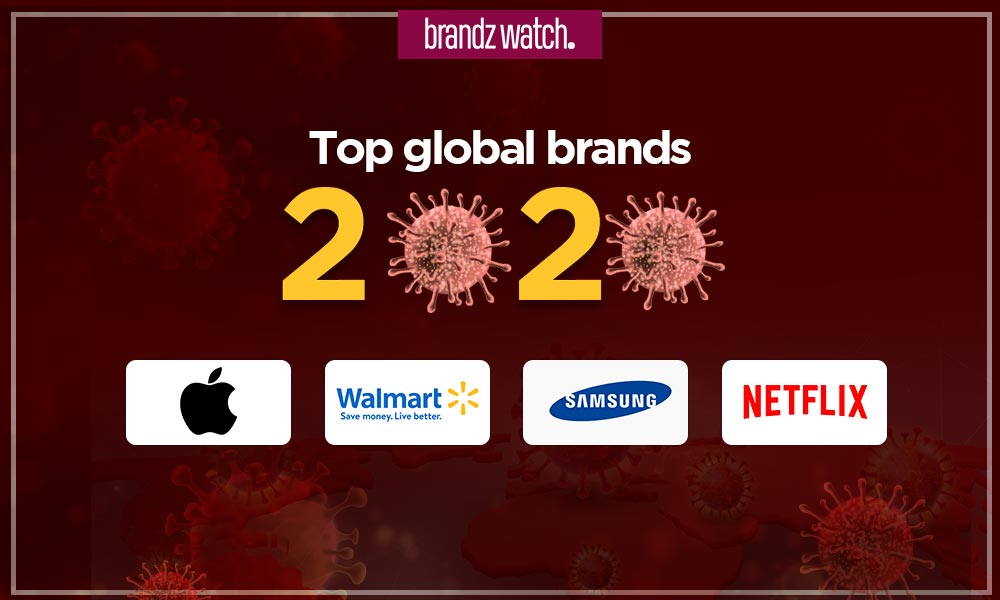 COVID-19 pandemic shut down helped technology, FMCG, and streaming companies make a fortune out of the market. 2020 broke the limits of internet-dependency and gave birth to a world driven by video conferences, work from home, and blurry lines between professional and personal lives. While consumers enjoyed the transition, here are the top brands of the world in 2020 that enabled the shift and dominated global markets:

According to Interbrand’s report titled Best Global Brands 2020, Apple’s brand value topped the annual charts with a 38% year-on-year growth at $323 billion. The phenomenal numbers can be attributed to the intersection of stored purchase power within consumers with 4 new mobile phones including iPhone 12 Pro Max (the largest one in the series), Apple’s first M1 chip powered Macbook Pro, Air, and Mini that crushed its market competitors with speed, and the all-new Airpods Max over-ear headphone.

While competing with Amazon across the globe, Walmart’s brand value increased by almost $30 billion, making it enter the Forbes Top 20 companies list. Its success heavily belongs to the strategic deal signed with Microsoft in order to use its cloud services. This enables customers to digitally purchase items from their nearest Walmart store.

Samsung continued its dominance in the Asia region. With the sales of nearly 6.8 million 5G enabled phones in the market, Forbes states that Samsung’s 2020 brand revenue sky-rocketed to $209.5 billion. Their high-range phones, the economical A series, and other domestic appliances received tremendous market response during the lockdown.

When everything closed, ‘Netflix and Chill’ became the new normal. According to Forbes, Netflix’s brand value increased by 72% during 2020 due to the heavy number of users and constant content flow on the platform. 8.5 million paid net subscribers increased across the globe in the fourth quarter of 2020 leading to annual revenue of $6.6 billion. With these numbers, Netflix announced that it will not need external financing to run daily operations anymore.

Indian smartphones to hit the market again: Micromax, Lava & Karbonn on their comeback