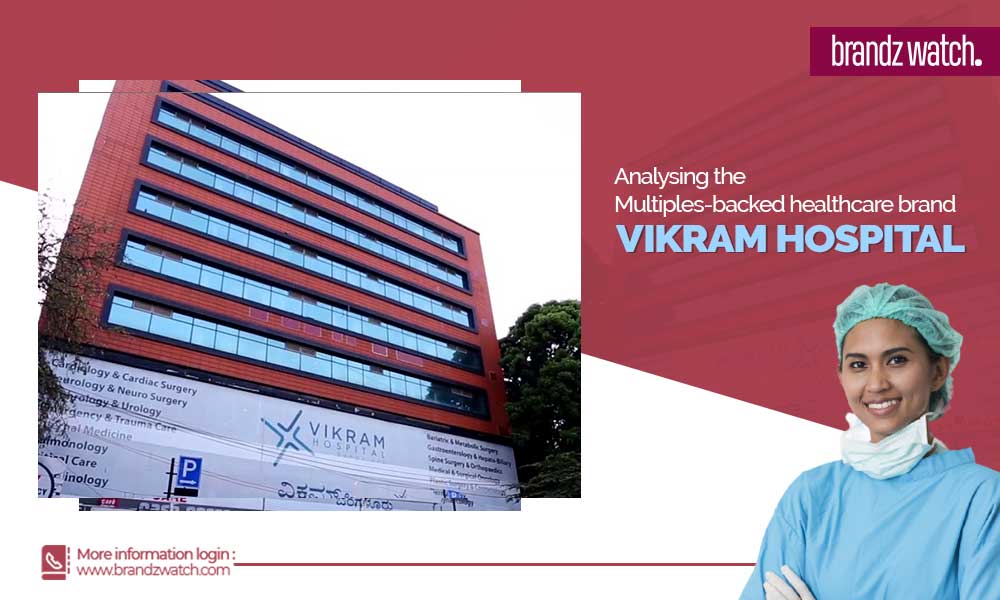 Owned by Multiples, a PE fund, Vikram Hospital is one of the leading quaternary health care providers in Bengaluru. With primary specialties in Cardiac Sciences, Neurosciences, Bariatric & Metabolic Surgery, Nephrology & Urology and Oncology, the hospital houses over 700 allied health staffs and around 70 specialists. It brought Somesh Mittal on board as the CEO back in 2017.

Being one of the established healthcare brands in Karnataka state, Vikram Hospital prides itself in delivering the best performance with the earliest possible recovery. While the reviews are a mix of both positive and negative, the majority leans towards the former.

Ramesh Xavier reviewed the hospital on its official facebook page and wrote, “Well, I don’t know about other reviews. My mom was diagnosed with cancer in 2014 May. Our family doc has suggested Vikram hospital. I found their service good, as in I don’t have any negative comments. She had 8 chemo cycles and multiple follow up visits. I think we didn’t have any hassle with front office or billing. They are quite humble and professional.”

We strongly believe that for healthcare, the attitude of doctors and the staff is equally important, if not more, than the facilities and infrastructure. In that sense, Vikram Hospital seems to have earned the streak. In fact, it has an average rating of a whopping 4.5 stars out of 5 on practo.com.

Diversifying its patient services, Vikram Hospital has also launched a one-of-its-kind ‘Centre of Excellence’ for Huntington disease in 2019. The centre comprises of movement disorders specialist, psychiatrist, nurse practitioners, neuropsychologist, physiotherapist and nutritionist. Since then, it has also become a one-stop shop for patients suffering from the rare genetic disorder. In addition to this, from launching a single number system for patients to setting up sub-specialties under specialty wings and also stationing a floor manager on each nurse station to increase the productivity of the nurses, the hospital has been taking several innovative steps.

While its name is already established within the healthcare domain in India especially in Karnataka, it has continuously been taking unparalleled efforts which is immensely laudable.