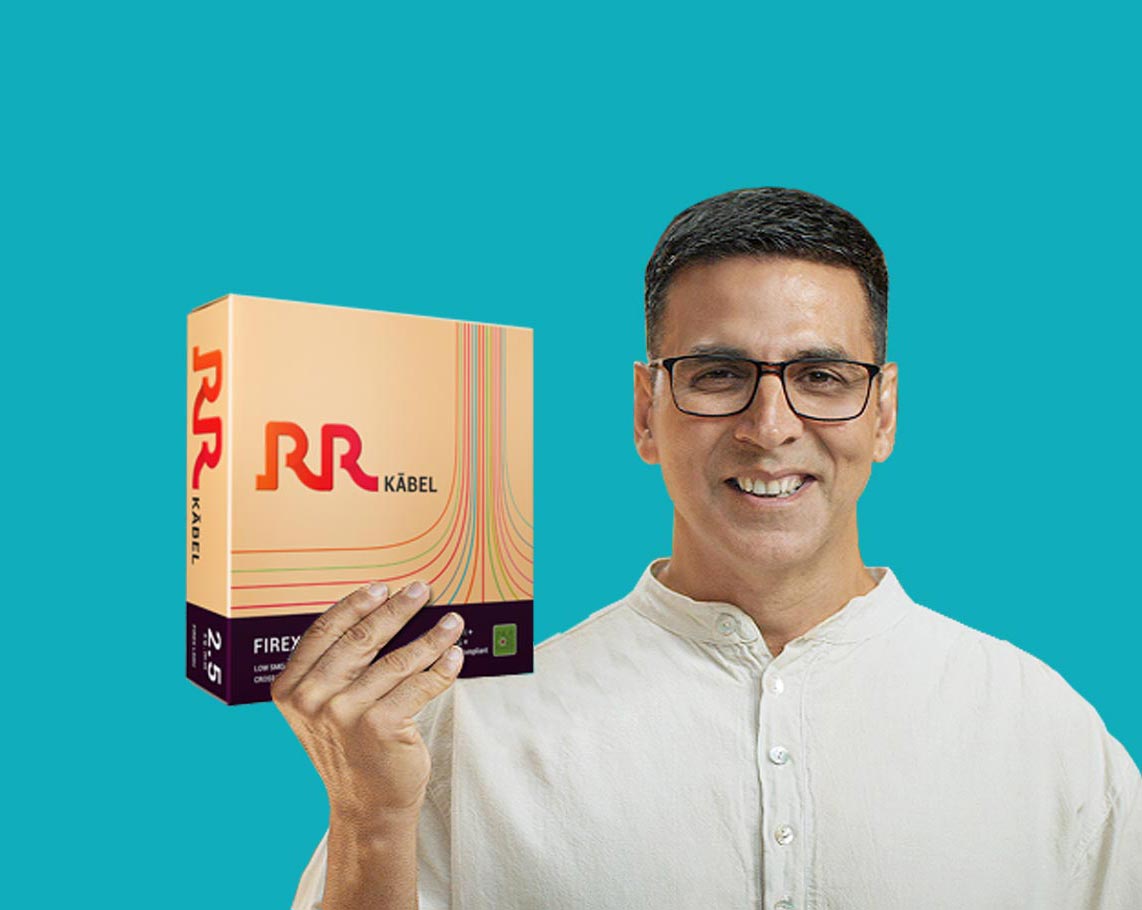 RR Kabel, India’s leading wire and cable brand recently launched its newest integrated marketing campaign under the #serialkiller. At a time when India is struggling with the rising number of coronavirus positive cases- one major contributor being the infamous Tablighi Jammat commemoration in New Delhi, RR Kabel with Akshay Kumar as its brand ambassador highlights the product’s key USP’s i.e. safety and quality.

Akshay Kumar is back in his fireman avatar promoting awareness around the brand’s champion product- FIREX LSOH (Low Smoke Zero Halogen). The campaign looks to highlight that on average fire accidents are the cause of significantly more loss of life than any other major catastrophe, though often overlooked by mainstream media.

For instance, on 8 December 2019, a fire occurred at a factory building in the Anaj Mandi area of Delhi, claiming about 43 lives. This is one of the many instances that demonstrate that not just the fire, but the toxic smoke emitted from ordinary PVC wires can actually lead to loss of life. The brand thus looks to establish a point of safety and security of the family- giving consumers an option to make a well-informed decision prior to purchase.

Mr. Shreegopal Kabra, Managing Director, RR Kabel says, toxic smoke emitted from ordinary PVC wires can actually lead to loss of life. Our objective is to educate the masses about the alarmingly high loss of lives due to electrical fires. With this campaign, we have attempted to grab the media’s attention.

The brand is stepping up its marketing campaign with interesting content pieces on “Myth vs. Reality” across the communication channels like OTT, Television, and social media platforms. Kirti Kabra, Head of Communications & Director, RR Kabel said, through this campaign we are highlighting real issues and exposing facts, to break the myth, which is being effectively delivered by Akshay Kumar.

The actor would be further seen breaking the myth and promoting safety from fire and toxic smoke in the upcoming commercials.