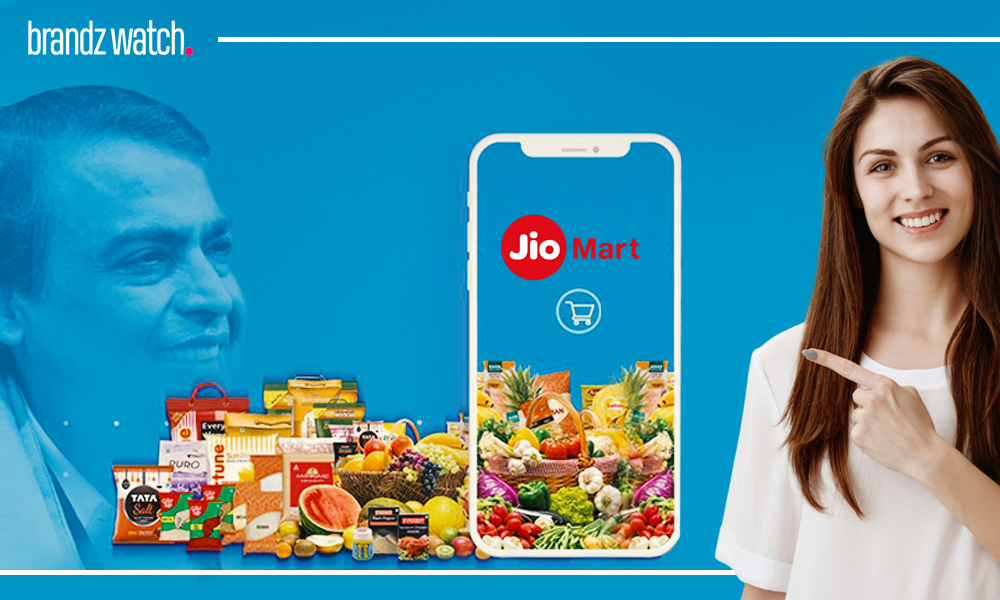 As the Indian e-commerce combat zone heats up, the market size is expected to augment 8 times in the coming five years for India. While online groceries delivery seems to be the next big thing, Reliance Retail’s Jio Mart has put their top dollar to be battle-ready in the domain.

India’s most affluent businessman Mr. Mukesh Ambani, who owns Reliance Industries, officially launched Jio (Joint Implementation opportunities) in September 2016. Jio was successfully established as the largest Indian mobile network and the third-largest globally with a user base of over 322.99 million subscribers.

After the successful growth of different ventures in terms of profits, revenues, and market share, Mukesh Ambani has recently set a foot in e-commerce through Jio Mart- an online grocery store founded in May 2020.

The store provides doorstep delivery of groceries from more than 50,000 plus discounted grocery products. The company administers an on-demand model and collaborates with local retailers instead of a warehousing system. The grocery products are sourced by these retailers and delivered to the customers.

Jio Mart commenced its operations in January 2020 and is currently serviceable in Thane, Navi Mumbai, and Kalyan. The company intends to expand its operations to other parts of India as well. Jio Mart’s app will soon be made available for download on Apple Store and Google Play Store.

The company works on both online and offline business models; by procuring goods from the nearest store to the customer’s vicinage. Jio Mart’s model is unlike the ones used by Amazon Now or Grofers based on warehouse-system.

The e-commerce company plans to revamp the unorganized retail sector and aid the local shopkeepers who were impacted adversely, owing to the competitive pricing and warehousing strategies of online retail stores. The shopkeepers will not just benefit in terms of increased margins and sales but will also be equipped with integrated billing applications, point of sale terminals (PoS), and GST compliance. This will also advance them in supply chain management and inventory management.

Reliance aims to exhibit its new venture as ‘Desh Ki Nayi Dukaan.’  With a sole motive to capture the highly in-demand e-commerce territory, Mukesh Ambani made a well-calculated move by launching Jio Mart, as the segment is projected to surge up to $1.2 Trillion by 2021.

The mega giant’s plan to launch an e-commerce platform goes back to 2019 with his ambitious desire to compete with global e-commerce biggies such as Amazon and Flipkart owned by Walmart.

The fact that Jio shook the grounds for mega-giants like Vodafone and Airtel, with its advent in the telecom sector, puts up deliberations for Jio Mart as a potential game-changer in the e-commerce segment as well.