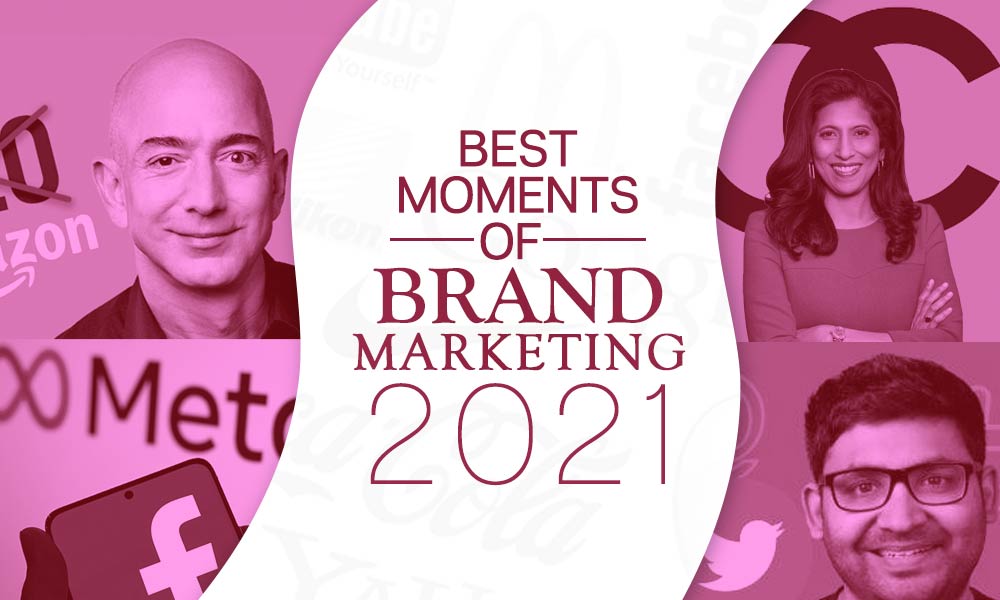 From Jeff Bezos leaving his chair as the Amazon CEO or Leena Nair assuming the role of Chanel’s Chief Executive Officer to Parag Agarwal stepping up as Twitter’s new CEO, the brand market saw some of the massive transformations and strategies being devised to help maintain their glorious position in the market. Here are some of the memorable moments of brand marketing in 2021:

Jeff Bezos steps down as the CEO of Amazon

Jeff Bezos stepped down as Amazon CEO last year to assume the role of Executive Chairman. He has been one of the most successful and prolific business leaders in the 21st century.

Reebok sold off by Adidas

During the 80s, Reebok was an important sportswear brand. In 2006, Reebok was bought by Adidas for nearly £3BN that broadened its horizons. However, the brand grappled over a period of 15 years. So, this year Reebok was sold off to Authentic Brands Group. Experts believe that Adidas made an ideal strategic move that makes absolute sense.

The Indian-origin CHRO of Chanel, Leena Nair has been bestowed the new epithet of CEO. The team appears to be quite impressed with her contributions and work ethic over the years. She has proved that an amalgamation of perseverance, passion, and innovation leads to the pinnacles of glory.

Facebook CEO Mark Zuckerberg was quoted as saying, “Facebook’s future lies in the metaverse” and his intention is to bring back its young users by starting with an initial cost of $10 Billion. He is planning to hire over 10,000 specialized engineers in the European Union over the next 5 years to fructify the new initiative of devising sci-fi experiences to step into the world of the metaverse.

Twitter’s new CEO, Parag Agarwal has proved his mettle before assuming the responsible role of being the Twitter CEO. He brought great recognition for India and gave the millennials and the young guns an idol to look up to. The hard work invested through the years saw him transforming his role from a Software Engineer in 2011 to the CEO in 2021.

These brands hogged the limelight during 2021 for all good reasons. Newly launched brands can take a cue from their strategies that helped them stay the course as a major player in the market.