Don it with a fancy top or a plain white tee, the comfortable, durable and versatile jeans of Levis go with almost everything and can be worn at almost every occasion. Especially when vintage trousers have taken the centre stage of today’s fashion, these jeans have become one of our wardrobe essentials. Moreover, did you know that ‘waist overalls’ which are still in trend to this day was a term coined by Levis Strauss Co.? With that said, how and when did the brand that has a plethoric fit and style of jeans for every man and woman, originate? 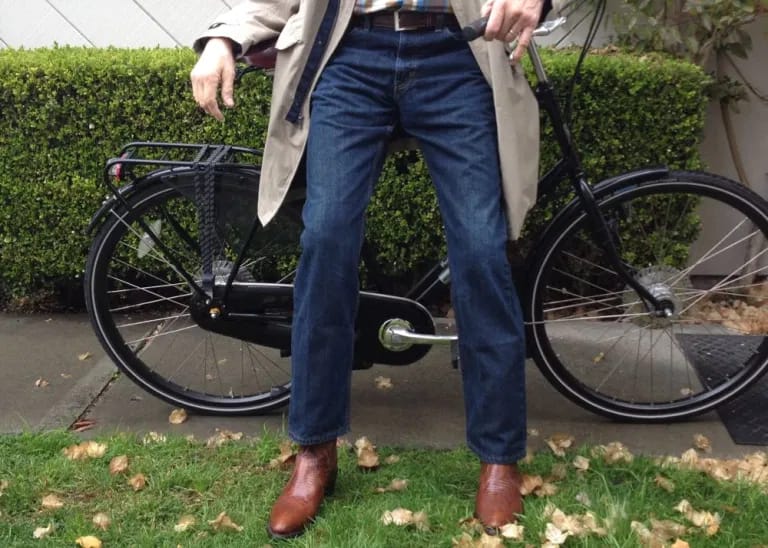 An immigrant from Bavaria who ran a dry goods company in San Francisco during the time of California Gold Rush, Levis Strauss and his friend Jacob Davis, recognising the need of durable pants for miners, initially started to make garments out of tent canvas. Later, canvas was substituted with tough denims and combined with copper rivet reinforcements that led to the manufacturing of waist overalls in 1873.

Started off as a work-wear for labourers in mines and factories, Levis jeans became the uniform of progress and as we look back, they are not the jeans that people worked in but “lived their lives in” as well.

The dawn of the golden age for Levi Strauss & Co.

The company thrived tremendously from 1918 after the death of Strauss and the leadership of the company was passed to his four nephews and then to in-laws. It quit wholesaling and concentrated chiefly on manufacturing. By the 1960s, Levi’s jeans were increasingly worn by American cowboys. By 1971, Levi Strauss & Co. was operating in over 50 countries. In 1986 the company launched a new line of pants called Dockers which was later released in Europe in 1994.

Over the years, the company underwent boom as well as downfall due to legal matters however it remained consistent in staying in the lane and continued producing what it is famously known for – vintage clothing. However, the designation of Chip Bergh as the CEO turned the tides for the company. From expanding its international market to upgrading its e-commerce division, it is under his leadership that the company went public again in 2019.

Having said that, if you own a pair or two of those 501® jeans, remember! Those pants are better off without being washed unlike other jeans.

According to Chip Bergh, Levis jeans last longer when they are not machine washed. Instead, he recommended spot cleaning with a sponge or toothbrush with some detergent. “If you treat them right, they’ll last a long, long time and probably longer than most people’s waistline,” said he.

Now you know what to do with those jeans if you think they need some washing!

Related Topics:brandstoryfashioninternational brand
Up Next