Deepica Mutyala is a young and enthusiastic South Asian beauty entrepreneur who started her career with Birchbox in 2012 and later tried her hands on a YouTube video in 2015 that showcased how dark under-eye circles can be covered with red lipstick. As the video went viral, Deepica immediately gained popularity and was featured on ‘The Today show’ and ‘The Dr. Oz Show’ for her beauty hack. With the achievement of 10 million views to her viral hack, Deepica Mutyala was further presented in Refinery29, New York Times, Vogue, CNN, Marie Claire, and various other media outlets. In 2018 she started a digital community, Live Tinted, which enabled the creation of an all-inclusive skin tone beauty line. It advanced like a cross-cultural community movement known as #TintFam, where beauty and cultural discussions lead to product development. 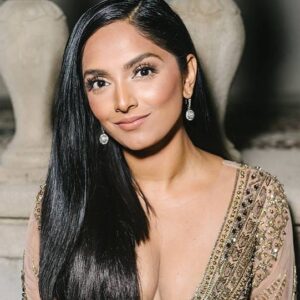 The formation of Live Tinted marked the beginning of her dream project. Deepica always aspired to do her part for the upliftment of underrepresented women in beauty by delving deep into their stories and empowering them in their respective ventures. Its editorials and videos encourage women of all shades to “feel their best on their own terms.”

Inspiring millions with her beauty viral hack and learning the community feedback, Deepica Mutyala was impelled to develop a one-stop solution for dark circles, dark spots, and hyper-pigmentation. After her core research in the arena, Live Tinted launched its first product in 2019- Huestick, a 4-in-1 multi stick, used as a color corrector, eye-shadow, blush, and lipstick. The specialty of this product is that it is vegan, free of parabens and sulfates, and is FDA approved for lip and eye applications. The Huestick was accorded with the ‘Elle’s Future of Beauty Award for Innovation’ and was also recognized as ‘Magic in Pencil’ on Good Morning America. As fame touched her feet, Deepica joined hands with many brands and campaigns representing women from minority castes from 2015 to 2018. She further partnered with popular beauty houses like Unilever, LVMII, Estee Lauder Companies, Coty, and several non-beauty brands like McDonald’s, Mercedes Benz, and Mastercard. The 2018 Academy Awards aired commercials for Samsung and L’Oreal, which saw Deepica Mutyala as their leading face. 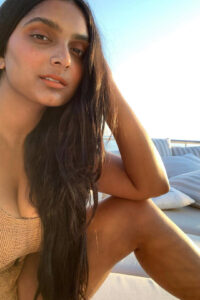 Currently shipping in Canada and the USA, Live Tinted plans to extend the facility worldwide. In one of her recent videos, Deepica Mutyala focused on “token brown girl” representing the stereotype of South Asian and Middle Eastern Women and those of other minority communities. The Live Tinted Instagram page features #TintTalks with models, actresses, producers along with a “Hue to Know” video on the artist, Babbu the Painter. Additionally, they offer makeup giveaways and weekly newsletters on signing in to the Live Tinted website.

Deepica Mutyala, CEO of Live Tinted, is the greatest inspiration for women of all colors. Her success with the motto of “dream and do” made her transform the challenges into opportunities.